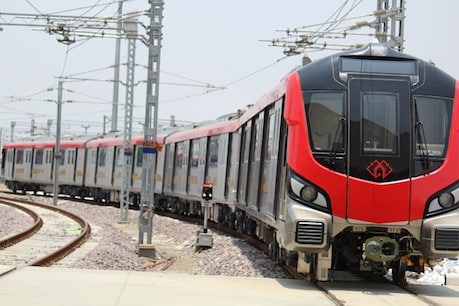 ‘Passengers aboard the train were sent back from the bus. (File)

Jan Shatabdi Express coming from Delhi (Tanakpur) to Tanakpur suddenly ran upside down on the track carrying passengers. Passengers were stirred up after the accident

Dehradun. The Purnagiri Jan Shatabdi Express coming from Tanakpur to Tanakpur was stirred when the train started returning back to Bak Khatima instead of reaching Tanakpur railway station. Just half a kilometer away from Tanakpur station, the train stopped at Shatabdi Express with 26 passengers coming to Nandana bridge, about 20 kilometers. On returning to Tanakpur railway station of Poornagiri Jan Shatabdi and returning to Khatima, the train also crossed 9 crossing barriers including Banbasa Chakarpur.

Railway officials stopped the train on the Chakarpur-Nadana bridge. However, 26 passengers traveling in the train were boarded in roadways buses. During this time, the railway employees told that the pressure pump of the train exploded due to an animal coming in front of the train some distance before the Tanakpur railway station. Because of this, this accident happened. It is not that this incident happened for the first time after the formation of the big line Khatima Tanakpur. In 2017 also, a freight train returned to Khatima 25 km from Tanakpur. On Wednesday, questions are being raised about the Purnagiri Express being bounced back 20 km with the passengers. After the accident, the railway department sent the train back to Khatima railway station with an additional engine sport from Khatima.