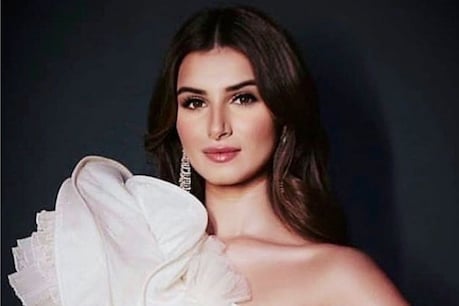 Tara Sutaria, a victim of Covid 19, informed her fans about her recovery. Tara’s corona test report has come negative.

Mumbai: ‘Student of the Year 2’ actress Tara Sutaria had been hit by the Corona virus recently. Actress has got Kovid 19 test done. Tara’s report has come negative. Tara has shared information about her health with her fans on her Instagram account. Fans have breathed a sigh of relief after hearing the news of Tara’s health. Tara thanked all her loved ones for praying for their safety.

Tara Sutaria has given information about her report from Insta Story. Tara wrote a post saying that her corona report had come negative. Tara wrote, thanks to everyone’s concern and love. I am Kovid negative and healthy. You all should also be safe. Lots of love to all. Let me tell you that once again the coronation of Corona in Maharashtra is constantly increasing. Every day thousands of new patients are coming in the state and the administration problems are increasing. From general to special people, the impact of this epidemic is being seen on everyone. Many Bollywood actors are now coming in the grip of Corona epidemic. Actress Ranbir Kapoor, Sanjay Leela Bhansali along with Tara Sutaria were also reported to be Corona positive. Now everyone has breathed a sigh of relief after Tara’s report came negative. Talk about work fest Tara Sutaria has just finished shooting for her upcoming film Tadap. Apart from Tara Sutaria, Sunil Shetty’s son Ahan Shetty is also going to be seen in the year. This film will be released on September 24 this year