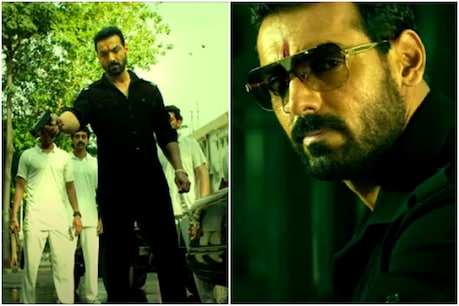 The path has been cleared for the release of the John Abraham starrer Most Awakened film ‘Mumbai Saga’.

The Bombay high court on Thursday refused to ban the release of John Abraham starrer Most Awakened film ‘Mumbai Saga’. The film is going to be released on March 19. The petition was filed by gangsters under-accused.

Mumbai. The Bombay high court on Thursday refused to ban the release of John Abraham starrer Most Awakened film ‘Mumbai Saga’. The film is going to be released on March 19. The petition was filed by under trial accused gangsters Ravi Bohra alias DK Rao, Ashwin Naik and the widow and daughter of slain businessman and alleged gangster Amar Naik.

Rao and others had filed a petition against the producers and makers of ‘Mumbai Saga’ as well as the Central Board of Film Certification. His lawyers Prashant Pandey, Tusshar Halwai and Aashray Dave demanded a moratorium on the release of the film ‘Mumbai Saga’, stating that it would violate their clients’ right to privacy and fair trial. A bench of Justices Amjad Saeed and Madhav Jamdar said that the petitioners are coming to the court in the ’11th hour’. The court dismissed his plea seeking interim relief by stopping the release of the film.

The petition said that the film would tarnish Amar Naik’s reputation. Naik had a vegetable business, so business rivals had falsely implicated him in many cases and no case was tried against him in any court.

The petition states that the film depicts the life of gangsters of the underworld. However, it has been claimed that the film is ‘inspired by true events’. It violates Rao’s right to fair trial, the right to life and freedom of petitioners and the right to privacy guaranteed by the Constitution of India. Facing trial in the case. Both are lodged in Taloja Jail. Both of them said that recently they came to know about the film ‘Mumbai Gatha’ through the media, whose story is allegedly based on their lives. He has said that his consent has not been sought to make a film on him, nor have the filmmakers taken his consent. Both also said that the film could affect the case of ‘Rao and Naik’.