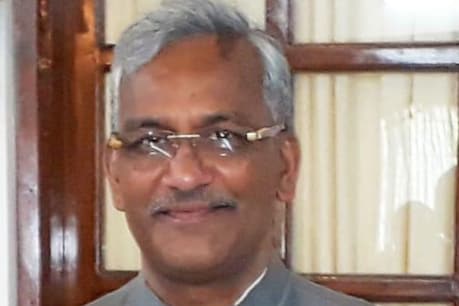 The BJP government in Uttarakhand is celebrating its fourth anniversary today. Trivendra Singh Rawat, who resigned as the Chief Minister before the completion of 4 years, has congratulated the public by marking the achievements of his tenure on this occasion.

This is the last year of the BJP government before the next year’s assembly elections in the state. Obviously, the Tirath government will be making this opportunity special. But in the meantime, political experts are looking at the different views of former Chief Minister Trivendra Singh from the achievements of his tenure. On completion of 4 years of the government, former CM Trivendra Rawat has said good luck to the public that in this government, 4 years he also got the opportunity to serve as the Chief Minister. He took developmental steps in the state in 4 years and gave corruption free, honest and clean government.

Let us know that the BJP government was formed in Uttarakhand in 2017, which has completed 4 years today. On 18 March 2017, Trivendra Rawat was sworn in as Chief Minister and on 9 March 2021, he had to resign from the post. Tirath Rawat was made the Chief Minister on 10 March 2021. In the last 4 years, while some decisions of the BJP government were praised, there was a lot of grudge about some.

Talking about the 4 major decisions of the Trivendra Rawat government, making Garsain as the summer capital, the launch of the Atal Ayushman Yojana, making women partners in Khatidari and construction of Dobra Chandhi bridge have been important. The public also praised these decisions. At the same time, there was a lot of criticism for declaring Garasaina as a Mandal, lathi charge on women in Garasaina, Devasthanam Board, Kumbh and reducing the time period. In such a situation, it will be interesting to see now what new achievements the BJP government makes in its name in the next one year.

Message of zero tolerance against corruption

Message of zero tolerance against corruption

There was a big controversy on the board of Devasthanam

While the Chief Minister, Trivendra Rawat took a big decision of the Devasthanam Board, but with the decision, the protest also started. Haq-Hukuk Dhari and Tirtha Purohit had opened a front against the government. BJP national leader Subramaniam Swamy went to court in Delhi against this decision. Trivandra Rawat faced heavy opposition on this issue and the Devasthanam Board case is also considered to be a major reason behind his resignation from the post of Chief Minister.

There was a big controversy on the board of Devasthanam