After four years of marriage, the house of Amrita Rao is buzzing.

4 months after the birth of Amrita Rao and RJ Anmol’s son, the first picture of their son Veer has surfaced, which is going viral on social media.

Mumbai. Bollywood actress Amrita Rao became a mother on 1 November last year. He gave birth to a loving son. Amrita and her husband RJ Anmol had not yet shown their son’s face. For the last four months, people were desperate to get a glimpse of the child, but Amrita’s husband has fulfilled this wish of the people now. Four months later, the first picture of his son Veer (Veer First Photo) has come out, which is going viral on social media.

RJ Anmol (RJ Anmol), the husband of Amrita Rao, has shared his photo on his Twitter and his Instagram account about 4 months after the birth of son Veer. This first photo of Amrita’s son is so much liked by the fans that it is becoming very viral on social media. With the picture, he has written, #Weer with our world, our happiness. 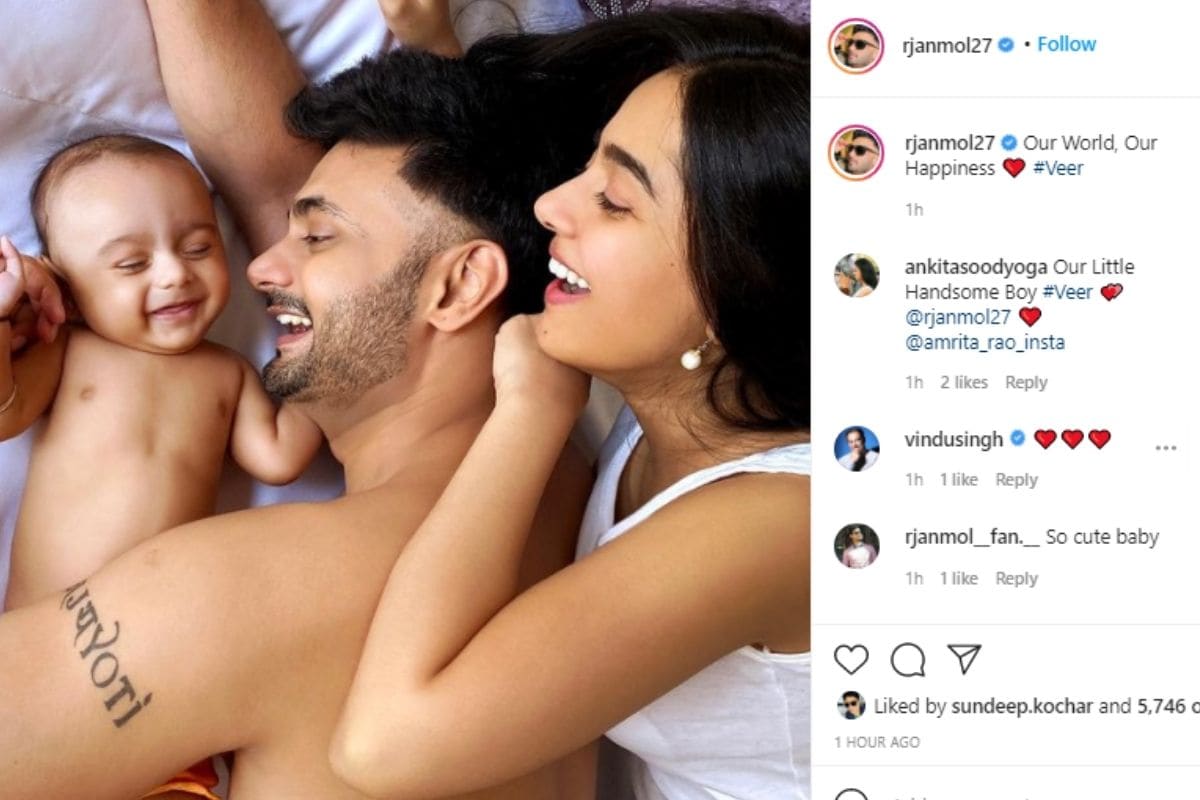 After delivery, Amrita Rao and her husband posted a picture of the son’s hand. Now after 4 months, he has shown his son’s face. Amrita, Anmol and Veer are seen smiling in the photo. Fans have commented that their son looks like Veer Anmol, then someone is getting hung up on his cuteness. Earlier, Amrita had told about the name of his son Veer, that both Anmol and I are patriots. And the name Veer was very much liked by Anmol. When they told me dubbed, I also liked this name very much.

Let us tell you that after four years of marriage, the house of Amrita Rao is buzzing. Amrita Rao had hidden the matter of getting pregnant for a long time. In the ninth month, he gave this information through social media.