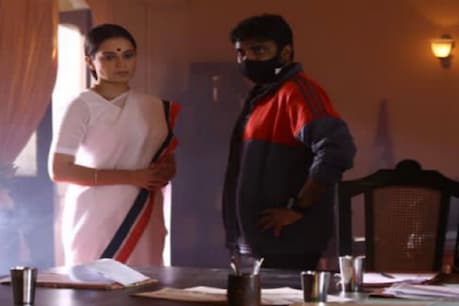 Kangana Ranaut’s Birthday trailer will be launched on 23 March, one of the biggest films of her life, Thalaivi. Kangana and the team of the film Thalaivi are leaving no stone unturned to make the film’s release memorable.

Kangana Ranaut’s birthday, one of the biggest films of his life, ‘Thalaivi’ trailer will be launched on 23 March. Kangana and the team of the film Thalaivi are leaving no stone unturned to make the film’s release memorable.

Mumbai. This year, her birthday will be the most memorable for actress Kangana Ranaut. One of the biggest films of his life and the biggest film of the year ‘Thalaivi’ will be launched on March 23, the day of his birthday. Kangana and the team of the film Thalaivi are leaving no stone unturned to make the film’s release memorable.

Every style of promotion of the film will be amazing in itself and its Bollywood queen Kangana Ranaut is making her debut on the happy occasion of her birthday. This film is the most important movie of his life for each of the stars associated with this dream project of director Vijay and the film ‘Thalaivi’.

Kangana Ranaut has gone through every litmus test to show the saga of the life of an influential figure on the silver screen. From learning the tricks of Bharatanatyam, Kangana has worked hard to bring the language of Tamil language and Jayalalitha ji to herself, and also the chemistry of Kangana Ranaut and Arvind Swamy. The main attraction of the film is, which will refresh the unique moments with Jayalalithaa and M. G. Ramachandran. There is a lot of excitement among the viewers to see the first look of this couple and also wait how these two big characters will be brought alive on the big screen.

Recently, on the birth anniversary of late leader Jayalalithaa, the film’s makers announced the release of the trilingual film ‘Thalaivi’ on 23 April 2021 to Pan India. The film is produced by Vishnu Vardhan Induri and Shailesh R Singh. It has been co-produced by Hitesh Thakkar and Tirumal Reddy. Vibri Motion Pictures, Karma Media Entertainment and Zee Studios are its makers. It has Gothic Entertainment and Sprint Films Associate. The film will be released world wide on 23 April 2021 by Zee Studios in Tamil, Telugu and Hindi languages.