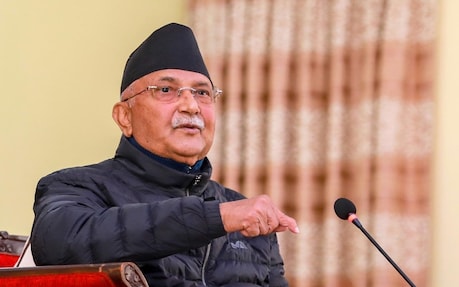 Kathmandu A 24-member parliamentary board and a three-member statutory amendment workforce were formed at a meeting of the parliamentary party of the ruling CPN-UML led by Nepal’s Prime Minister KP Sharma Oli on Thursday. Leaders of the opposing factions boycotted this meeting. The media has given this news. More than 100 MPs of party president Oli attended the meeting held at the Prime Minister’s official residence in Baluvatar.

The 27-member parliamentary board headed by Prime Minister Oli includes Madhav Kumar Nepal and Jhala Nath Khanal, leaders of the party’s opposition faction, as reported by My Republika. According to the news, after adding three more members, this board will take full size. Member of Parliament Padam Giri, who attended this meeting, said that it was also decided to set up a three-member task force to change the party’s legislation.

The task force comprises the party’s chief whip Bishal Bhattarai, Bimala Rai Poudel and Sher Bahadur Tamang. Oli faction MP Neeru Devi Pal said, “Over 100 members of the House of Representatives attended the meeting today.” UML (Unified Marxist Leninist) MP Sher Bahadur Tamang told that the next meeting of the parliamentary party will be on March 20 And all the MPs of Nepal Khanal faction will take part in the next meeting. When asked if the party is preparing to take action against those who did not reach the meeting, then they said that no such discussion was held in the meeting.

The meeting of the Parliamentary Party has been called by the Prime Minister at a time when the opposing faction of Nepal and Khanal in Nepal Communist Party (UML) has moved towards a two-day national meeting of party leaders and workers on Wednesday and Thursday. According to My Repubblica, but the growing faction in the party decided to boycott the meeting of the parliamentary party.