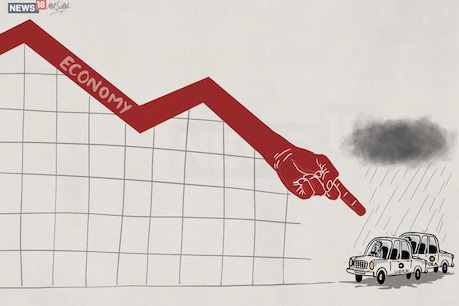 After the Coronavirus Pandemic, the world economy including India slowed down. However, now there is a lot of relief and gradually the industry is catching up to the pre-corona pace.

New Delhi. After the Coronavirus Pandemic, the world economy including India slowed down. However, now there is a lot of relief and gradually the industry is catching up to the pre-corona pace. Samsung, the world’s largest manufacturer of computer chips, has warned that there is a serious imbalance in the semi-conductor industry. Due to which the pace of recovery in the economy may slow down. Production is getting affected due to lack of semi-conductors in the market. Samsung says that due to lack of semi-conductor, it may be delayed in launching its next Galaxy Note smartphone in the market.

Chip demand and supply affected
According to BBC News, a senior Samsung official said in a shareholders’ meeting that the demand and supply of chip has been affected in the IT sector around the world after the Corona epidemic. Samsung is working closely with its foreign partners to meet the chip demand. Still the issue is not resolved. Explain that with the rise of Corona epidemic, the decrease in semi-conductors started and there was a tremendous decline in sales.

Due to Corona, car-making companies gave very few orders to factories in China that manufacture computer chips. Chip supplies from Chinese factories started in other sectors with high demand. In such a situation, when the demand for cars increased, the car makers could not restore their canceled orders. Because of this, companies like Honda, Toyota and General Motors had to cut their production.
According to a research by Counterpoint, the shortage of some products will persist for several months, which may continue till 2022.