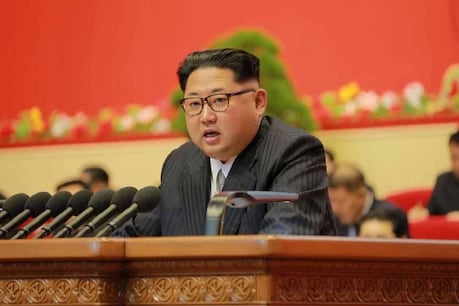 North Korea-US: The minister said that North Korea has already made it clear that we will not talk as long as the United States continues military drills and anti-sanctions policies.

Seoul North Korea is taking a tough stance on talks with America. Recently a top diplomat of the country has confirmed that the US has tried to make contact with them. However, North Korea has described the efforts of United States of America as ‘substandard’. He has also made it clear that unless the Washington quits anti-policy policies, the negotiation efforts will not be responded to.

Cho Son Hui, the first deputy minister of foreign affairs in North Korea, has denied the efforts of the new US administration for the first time. According to a statement released in the state news agency, he said that efforts have been made to communicate through e-mail, telephone messages in different ways. During this time, he has made it clear that he will not talk to America due to anti-policies.

He said that North Korea has already made it clear that we will not talk as long as the United States continues military exercises and hostile policies like sanctions. Also the efforts that have been made to negotiate. They are a ‘cheap way’ to gain time and form a consensus. He said that since the arrival of the new administration, there is only one theory of ‘danger from North Korea’ from the US and a false rhetoric to free nuclear. ‘

Significantly, President Joe Biden’s administration, Defense Minister Lloyd Austin and Foreign Minister Antony Blinken arrived in South Korea. In Seoul on Wednesday, Blinken accused North Korea of ​​harassing the citizens of the country. During this time, he claimed that the US and its partners are committed to making North Korea nuclear-free. North Korea had targeted the US administration just a few days ago. The country had condemned the military exercises of the US and South Korea. Due to this, Kim Yo Jong, sister of North Korea’s chief Kim Jong Un, also warned America. Blinken and Austin arrived on Monday for a four-day visit to Japan and South Korea to strengthen America’s influence in Asia.

A senior US administration official said on Saturday that US officials have tried to reach North Korea by various means over the past month, but have not received a reply so far, and so have neighbors, Japan, South Korea and Negotiations with China have become even more important.