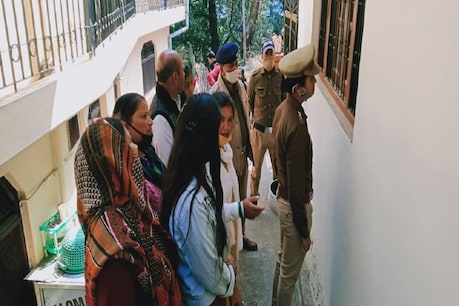 Asked the TC of his children from the headmistress of a school in Nainital, Uttarakhand, that he passed away in such a way that he imprisoned himself in his house

Uttarakhand News: In a school in Nainital, the parents had to call their children to the police to get TC but they could not get any work done. The principal of the school has asked him to come again after a week.

Asking the TC of his children from the headmistress of a school in Nainital, Uttarakhand, he went through such exasperation that he imprisoned himself in his house. When the demands were made, the police were called when there was no effect. Although the police also understood the female principal, but there was no effect on her and after returning tired to the parents, they returned without taking the TC of the children.

The entire drama lasted 5 hours….
In fact, on opening of school in the morning, the parents reached the Resi Public School of Sherwani Lodge, after which the parents asked for TC of their children. After this, the Principal of the school Geeta Ghidiyal locked herself in the room and did not listen to one of the parents. If there was a magma near the Principal’s house, then people started talking about fees and pens. Despite many parents praying for many hours, the Principal neither acceded nor agreed to talk to these parents.

Prema Budalkoti, Rita Joshi, Sunita Pathak, who reached her children’s sheet and TC, said that the school is up to 5th and their children have passed and they are going to enter another school but they are not giving TC. The parents said that if the school wants more money, they are ready to give it but the TC should be given to them. Parents alleged that there were 4 teachers in the school, 3 got married and 1 left the job. Now they want to study their children elsewhere, then the marksheet and TC are not being given.Even calling the police did not work