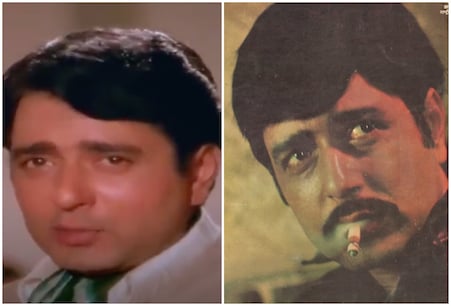 New Delhi. Actors who made their place among many hit stars in the 70s Navin Nischol He was famous in the industry for his style and fashion sense. He won the heart of Bollywood filmmakers with a tall and tall smile and created a distinct identity of his own. At the Film and Television Institute of India, Naveen Nischal topped his batch and started his acting career with the film ‘Sawan Bhadon’. 19 March 2011 This great actor of the industry said goodbye to the world forever.

Actor Naveen Nischal was born on 18 March 1946 in Lahore, Pakistan. Naveen studied at the Military School in Bangalore. Naveen came to Mumbai fond of acting. Filmmaker and director Mohan Sehgal, who was a good friend of his father, advised Naveen to learn acting from Pune Film Institute when he came to Mumbai. Naveen also took admission and won a gold medal from FTII.

Mohan Sehgal acted as an actor with Rekha in his film ‘Sawan Bhado’. Naveen’s first film became a super hit due to Rekha’s style. After this, there was a queue of filmmakers in front of Naveen. He gave many good films like ‘Budha Mil Gaya’, ‘Parwana’, ‘Woh Main Nahin’, ‘Victoria No 203’, ‘Dharma’, ‘Laughing Wounds’ to Hindi world. Naveen ruled millions of hearts for a long time with his acting.

On 19 March 2011, Naveen was going from Mumbai to Pune to celebrate Holi with his friends Gurmeet and Randhir Kapoor. Randhir was supposed to meet him on the way to Pune. Before she could meet Naveen died of a sudden heart attack. Naveen always wanted a painless death and he himself mentioned this many times. God fulfilled his desire well.