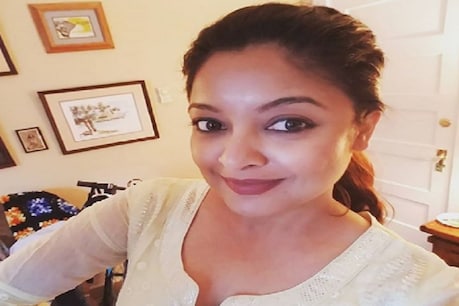 Tanushree Dutta is not active in films at this time, but at one time she made a special place in the hearts of the audience with her lively acting.

In 2018, Tanushree Dutta started the MeToo movement by accusing Nana Patekar of molestation. This caused a sensation in Bollywood. Tanushree alleged that in 2007, while shooting for the song ‘Horn Ok Please’, Patekar had beaten her.

Mumbai. Tanushree Dutta (Tanushree Dutta), who has made people ‘Aashiq’ by giving bold scenes in her debut film, has a birthday on March 19. The name of Dutta’s first film is’ Aashiq Banaya Aapne). In this film, his opposite was Emraan Hashmi. Tanushree Dutta is not active in films at this time, but at one time she made a special place in the hearts of the audience with her lively acting. He gained a lot of popularity in a short span of time by collaborating with many big actors of Bollywood.

In 2018, Tanushree started the MeToo movement in India by accusing veteran actor Nana Patekar of molestation. This caused a sensation in Bollywood. Tanushree alleged that Nana Patekar had beaten him during the shooting of the song ‘Horn Ok Please’ in 2007. Nana Patekar called Dutta’s allegations baseless, but the actress filed a case against him. After his accusation, ‘Meetu movement’ started in Bollywood. Many Bollywood actresses as well as some celebrities spoke publicly about their molestation and sexual exploitation.

Tanushree was born on 19 March 1984 in a Bengali family in Jamshedpur, Jharkhand. After her initial studies in Jamshedpur, she shifted to Pune. He completed his college in Pune. Along with this, she started modeling. After winning the title of Miss India in 2004, she decided to pursue a career in acting.

Tanushree Dutta worked in ‘Chocolate’ after the film ‘Aashiq Banaya Aapne’. Both these films came in 2005. After this he did films like ‘Bhagam Bhag’, ‘Dhol’ and ‘Good Boy Bad Boy’. His last film was ‘Apartment’ in 2010. Even after working in many films, Tanushree did not get the position she should have got in the film industry. After this, she shifted to America, saying goodbye to the film industry. Now there is talk of Tanushree Dutta making a comeback in films.