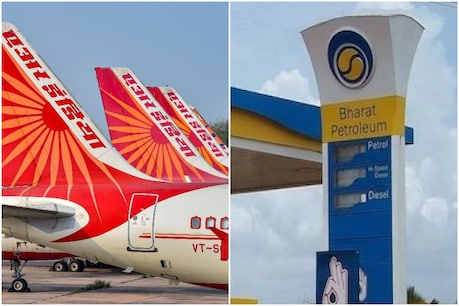 DIPAM Secretary Tuhin Kant Pandey told that by when the sale process of BPCL and Air India will be completed.

Department of Investment and Public Property Management (DIPAM) Secretary Tuhin Kant Pandey said that the process of Disinvestment in BPCL is moving fast. It will be completed in the first half of the financial year 2021-22.

New Delhi. Department of Investment and Public Property Management (DIPAM) Secretary Tuhin Kant Pandey said that the disinvestment process of Bharat Petroleum Corporation Limited (BPCL) is going on fast. It is expected to be completed by September 2021. Explain that the central government is selling its entire 52.98 per cent stake in BPCL. It is being called the biggest privatization of the country so far. Think Gas, the Indian arm of Apollo Global and iSquared Capital, including Vedanta Group, has submitted a letter of interest for the acquisition of the stake.

Pandey gave this information on the privatization of Air India
Tuhin Kant Pandey said during a program that the disinvestment process of BPCL will be completed in the first half of the financial year 2021-22. BPCL has moved out of Numaligarh refinery in March 2021 itself. BPCL sold its entire stake in the joint venture of Oil India Limited (OIL) and Engineers India Limited (EIL) for Rs 9,876 crore. The sale of stake in Numaligarh Refinery has cleared the way for BPCL’s privatization. During this, Deepam’s secretary Pandey also informed about the privatization of the government airlines Air India.

read this also- Central government’s big step! Now companies will have to give details of holding and transaction of Cryptocurrency in the balance sheet‘All the companies mentioned in the budget will be privatized’

Pandey, secretary of Deepam, told that the process of privatization of Air India is moving fast, which will be completed in the next financial year. He said that due to the new wave of corona virus epidemic, there is an atmosphere of lethargy in the aviation sector at the international level. He said that after vaccination, the atmosphere is expected to be better. Regarding the plans for privatization in the next financial year, he said that the companies mentioned by Finance Minister Nirmala Sitharaman in Budget 2021 will be privatized. Explain that the government has set a target of raising Rs 1.75 lakh crore from stake sale in public sector companies and financial institutions in the next financial year. These include two public sector banks and a general insurance company.