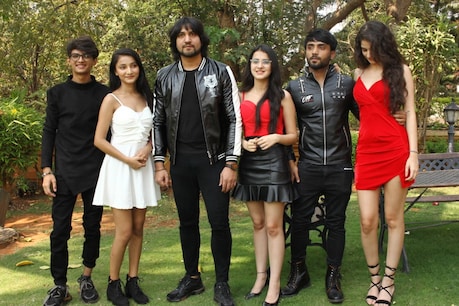 A feature film ‘Comic’ is going to be released soon about the impact of global warming on the Himalayas.

The name of the film which shows this effect of global warming on the Himalayas is ‘Comic (COMIC)’. Its director name is Yuvraj Kumar.

New Delhi. Recently, Jaljala came in Chamoli, Uttarakhand. The destruction of the glacier was the reason for this destruction. People have not forgotten the deluge of Kedarnath in Uttarakhand in June 2013. People still tremble after remembering the deluge that has taken many lives. Not only this, the horrific memories of the 2004 tsunami are still fresh in people’s minds. Global warming was said to be the reason for all these devastation. We are paying a very heavy price for tampering with nature. A feature film is going to be released soon about the impact of global warming on the Himalayas.

Name of the film showing this effect of global warming on the Himalayas ‘Comic (COMIC)’ is. Its director name is Yuvraj Kumar. The film shows the story of the tallest town in the world. The comic is located in Spiti, Himachal Pradesh. It is considered to be the highest village in the world, where vehicles are the way to go. It is shown in the film that rich youth likes to drive away. The smoke emanating from these trains is harming the Himalayas. Due to global warming caused by pollution, incidents like landslides are happening on the Himalayas. Due to this, many lives have been lost in Uttarakhand so far. Seeing the devastation caused by the vehicles, the youth regrets their actions and they abandon their sports car and adopt skate boards, skiing and bicycles. They also represent their country in these sports by moving forward in it. With this, they also give people the message of abandoning vehicles that harm the environment and use eco-friendly means.

The film stars Jai Kumar, Siddharth, Tanisha Mirwani, Venkatesh Pandey and Rivya Rai, while Yuvraj Kumar has produced the film under the banner of Atlantic Films. The film is being marketed by Saurabh Jain of Laviska Media. Yuvraj Kumar says that the movie comic will start a new trend and will help us fight global warming. The film is shot in Himachal Pradesh. The purpose of the film is to give a message to take any action immediately to save our planet from this calamity. In the film, the youth show us the way to save our earth. It is a good entertaining film conveying the message.