Ravi Dubey shares his behind-the-scenes photos and videos of his project shoots with fans. (Photo: Instagram)

Season 2 of the latest web series ‘Jamai 2.0’ (‘Jamai 2.0’ season 2) of actor Ravi Dubey was very much liked. Ravi recently announced that he will take a break from Instagram for a few days. A source close to the actor has also given a reason for this.

Mumbai. Season 2 of actor Ravi Dubey’s latest web series ‘Jamai 2.0’ (‘Jamai 2.0’ season 2) was well received and received much acclaim for it. Apart from this, Ravi is also busy with his wife Sargun Mehta in the production of his TV serial ‘Udaariyan’, which has been very successful. Currently, he is shooting his upcoming big budget OTT web series ‘Matsyakand’ in Rajasthan.

Ravi recently announced that he will take a break from Instagram for a few days. According to a source close to the actor, Ravi decided to take this break some time ago as he wants to spend quality time with his wife. At the same time, they are also doing this to read and make themselves energetic as before, because before this they are working on a very busy schedule.

Actor Ravi Dubey is shooting on a very tight schedule without any break. Any person who continues to work on busy schedules would like to take a short break to refresh himself and get ready for his next work. 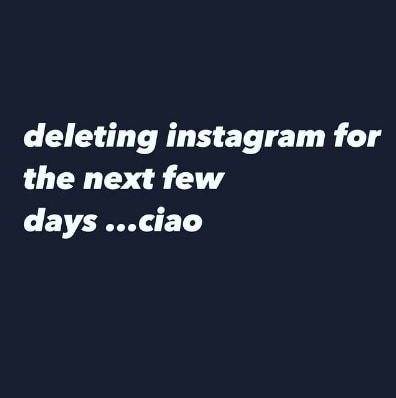 We all agree that, ‘We need to take a regular break in our busy life and Ravi is seen following the same thing. We hope that he will be back in action soon and will keep updating his fans on social media. They keep sharing the scenes of the shoot of their project with photos and video fans. They also share videos and photos of their personal life with the fans.