The film is going to release on 8 April. (Video Grab Youtube)

The first song ‘Ishq Namazaa’ of the film ‘The Big Bull’ has been released today. In this song of the film, Abhishek Bachchan is seen flirting with Nikita Dutta, the lead actress of the film.

New Delhi. Bollywood actor Abhishek Bachchan’s most awaited film ‘The Big Bull’ Ishq Namazaa’s first song ‘Ishq Namazaa’ has been released today. In this song of the film, Abhishek Bachchan is seen flirting with Nikita Dutta, the lead actress of the film. With the release, this song has become viral on social media. People are liking this song very much. The video of this song, released a few hours ago, has been viewed 1,76,137 times so far.

The song is sung by Ankit Tiwari and lyrics is by Kunwar Juneja, while the music is by Gaurav Dasgupta. Let me tell you, this film is going to be released on 8 April. Earlier the film was to be released in 2020, but due to the corona epidemic, the film’s release was postponed. Abhishek Bachchan’s ‘Big Bull’ will be released on the OTT platform. The film ‘The Big Bull’ is a crime drama film. This film has been produced by Ajay Devgan and Anand Pandit and Kuki Gulati has directed the film. 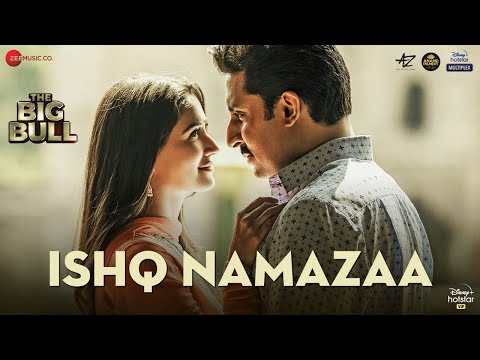 Let me tell you, this film is being told based on the biggest scam of the Indian stock market in 1992 so far. The trailer of the recently released film also received a good response. Let me tell you, with the release of the trailer, people started comparing Abhishek Bachchan and Prateek Gandhi on social media. Seeing the trailer, people believe that the acting of the film Prateik Gandhi will be worth watching.