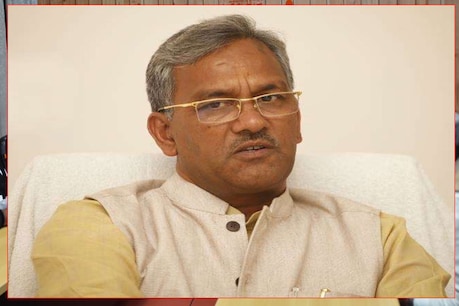 Even before the hearing in the Supreme Court, Trivendra Rawat has resigned. (File)

Former Chief Minister of Uttarakhand Trivendra Singh Rawat has again given a big statement. Rawat said that a conspiracy was hatched against him. In the Mahabharata too, Abhimanyu was killed by deceit.

Dehradun. Former Chief Minister of Uttarakhand Trivendra Singh Rawat has once again made a big statement. Rawat is speaking continuously after losing the CM post. They do not know why they were removed. On Wednesday itself, Rawat said that it seems that a conspiracy was hatched against him. On Wednesday itself, Rawat again said, ‘This Abhimanyu has been killed by deceit. Take revenge of it Pandavas. This mother says Draupadi, does not cry. It becomes daughter-in-law. The son is killed with deceit, but the mother never whims and cries. Abhimanyu was born from Draupadi’s womb, but she gives the message that these Kauravas have committed atrocities. Now this has changed. This is the retaliation that we avenge the killing of Abhimanyu.

This is why Rawat remembered the Mahabharata period
Rawat said that all these incidents happen in politics, but 4 years as Chief Minister, 5 years ago as MLA, as National Secretary, Namami Gange, as Jharkhand in-charge, Uttar Pradesh as co-in-charge Worked. But, I have come out clearly from this black tunnel of politics. On the issue of observance of Kovid-19 in Haridwar, the former CM said that Chief Minister Tirath Singh Rawat has come new.

What did you do but …
On the issue of observance of Kovid-19 in Haridwar, the former CM said that Chief Minister Tirath Singh Rawat has come new. So, he would not have guessed what he was saying. Significantly, the Chief Secretary has said in the Uttarakhand High Court that the mandatoryity of Kovid Negative Report in Kumbh will be strictly followed.

Rawat comes in a new style every day
Former CM Trivendra Singh, who came to attend the Holi Milan celebrations under the assembly constituency, was seen in a different style today. He said that even the public is unable to understand why he was removed. People have many questions in their mind. Giving an example of Abhimanyu on the stage, he mentioned the deceit that happened to him. On Wednesday itself, Rawat said that it seems that a conspiracy was hatched against him.

What did the pros and cons say
On Rawat’s pain, Congress spokesperson Garima Dasouni says that it seems that former CM Trivendra Rawat has a desire to remove him. This is the reason why their pain is spreading. At the same time, BJP spokesperson Suresh Joshi said that there was a slogan of zero tolerance during his tenure and it is a matter of luck who stays there and who does not.