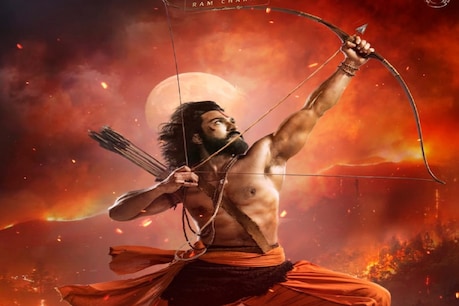 Director SS Rajamouli and his RRR team released the first look of Ram Charan playing Alluri Sita Ramaraju on Friday. Seeing his tremendous look, his fans are getting desperate to watch the film. The grandeur of the film can be gauged from this great looking poster of Ram Charan.

With an orange dhoti, bow and arrow upwards in the sky and fierce eyes, he has made fans very curious about the character of Sitaramaraju. Fans are liking his look and are excited to see Ram Charan in an unseen role. ‘RRR’ stars Ajay Devgan, Alia Bhatt, Ram Charan and NTR Junior. Directed by SS Rajamouli, the film features a superb ensemble cast that promises to be a record breaker and blockbuster. ‘RRR’ will be released in theaters on 13 October 2021. The audience is also eagerly waiting for this film.