Anil Kapoor told that he had not married Sunita until he started earning money for Sunita to have a cook and helper. Now Anil Kapoor has given him a very good gift on the occasion of Sunita Kapoor’s birthday.

Mumbai Evergreen is also in love with Bollywood’s Evergreen actor Anil Kapoor. Anil Kapoor’s love story with wife Sunita Kapoor is quite amazing. Which he himself disclosed. The actor’s fans are well aware of his love story. Anil Kapoor had told that he had not married Sunita until he started earning money for Sunita to have a cook and helper. Now Anil Kapoor has given Sunita a very good gift on the occasion of her birthday. Knowing the value of which you will also be surprised.

Anil Kapoor has given him a very cute gift on Sunita’s birthday. He has given his better half a gift on his 56th birthday in a brand new Mercedes car. The price of this dark black MercedesBenz GLS is near 1 crore. Some photographers standing outside Anil Kapoor’s house captured the photo of this magnificent car in their camera and now these pictures are becoming viral on social media. 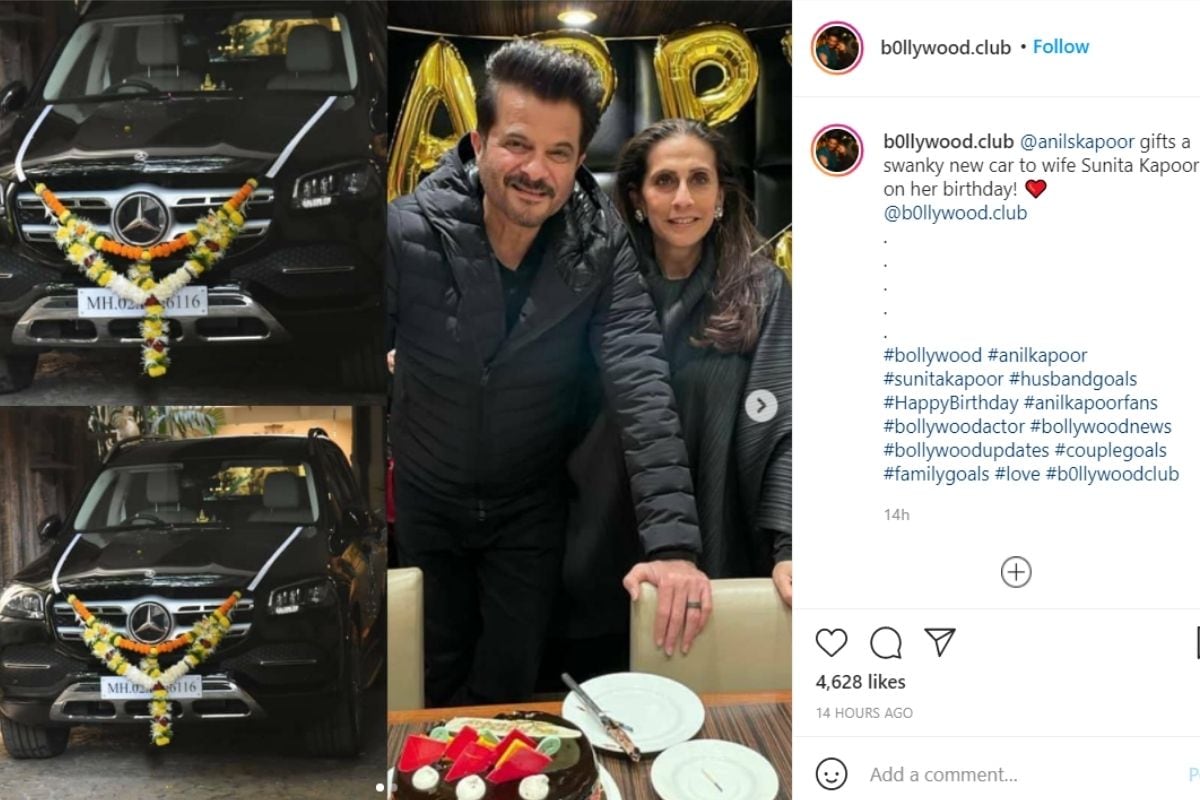 Prior to this, Anil Kapoor shared a very cute post for him on his wife Sunita’s birthday on social media. Sharing some of her pictures with Sunita, Anil Kapoor wrote – ‘For the love of my life’. From traveling in the compartment of Sunita Kapoor 3rd class train to traveling in local buses, rickshaws and black yellow taxis. From economy class to flight to business class in flight. From staying in a small hotel to a village like Karikudi and living in tents in Leh Ladakh. You are the reason why our journeys are fulfilled and happy. “I feel fulfilled by finding you in my life.” I will love you forever happy B-Day. Love you always. Sunita Kapoor has also commented on this lovely post of Anil Kapoor. Sunita writes – ‘I will continue to love you for all eternity and even beyond.’