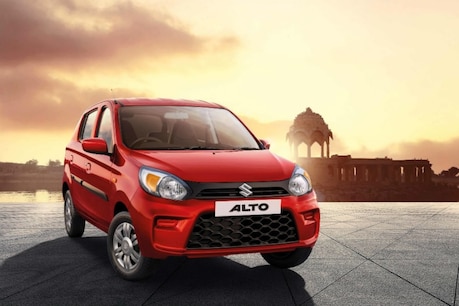 Maruti Alto is getting a great discount.

New Delhi. The country’s leading carmaker Maruti Suzuki recently announced an increase in the prices of its cars from April. The company is telling the raw material to be expensive behind this price increase. In many media reports, an increase of at least Rs 34,000 is being estimated. However, no official statement has come from the company about it. The price of the company’s best selling model Maruti Alto, along with other models, is set to increase from April, but the company is offering great discounts on this model this month. This will be the last chance for buyers to buy this model cheaply.

Discount on Maruti Alto – The company is offering a total discount of Rs 39,000 on the Maruti Alto, its cheapest car sold by the Arena dealership. Which includes a consumer offer of Rs 20,000, an exchange bonus of Rs 15,000 and a corporate discount of Rs 4,000. This offer from the company is applicable to both petrol and CNG variants of this model.

ALSO READ: This man who runs a haircut shop has 378 luxury cars, see his full story in the video

Maruti Alto’s engine and performance – The company has used a 796 cc petrol engine with a capacity of 796 cc in this car, which generates 48PS power and 69Nm torque. This engine comes with a 5-speed manual transmission gearbox. Its petrol model gives a mileage of 22 kilometers per liter, while the CNG variant gives a mileage of up to 31.59 kilometers per kilogram. ALSO READ: Video: This man from Patiala showed such feat on Royal Enfield that you will press the finger under the teeth