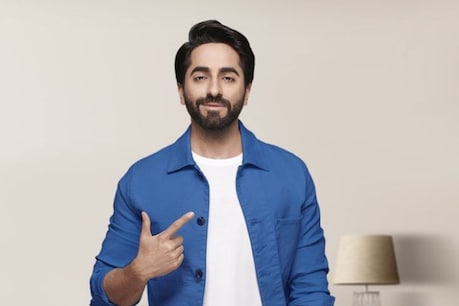 Ayushmann Khurrana said during a conversation that his journey is like every Indian who wants to earn a name in life. He also said that he will continue to take risks in his career (Filmy Career) and try to show a new type of cinema.

New Delhi Today Ayushmann Khurrana is known for playing different roles on the big screen. They have also been praised for this. They choose films that give some message. In 2021, Ayushmann has many films. Recently, he made many important revelations about his career. Talking about his career in the Bollywood industry, Ayushmann said that his career journey is like every Indian who is trying to earn a name. The actor of the film ‘Many’ (Anek) said, ‘I am really happy to know that people of India can see themselves by connecting with me.

Ayushmann considers this his great admiration. He says, this is my great compliment because I consider myself one of the people and my journey is like every Indian who is trying to make a name. I have got all this with complete dedication and hard work. Ayushman further said, ‘I have tried to put his life on screen, told his unique and inspiring stories, where the heart of my country is relaxed. I think the same things also remain with the people.

Ayushman further said that he will keep taking risks and will try to come up with new types of cinema on the big screen every time. He also said that he wants to create a positive effect in the minds of people through stories.

Ayushmann, who made his Bollywood debut with the 2012 film ‘Vicky Donor’, has given many hits in the last few years. At the moment he has many films, including ‘Many’, ‘Chandigarh Kare Aashiqui’ and ‘Doctor Ji’. Ayushmann was last seen in Shoojit Sircar’s film ‘Gulabo Sitabho’ opposite Amitabh Bachchan. Ayushman and Tahira Kashyap recently celebrated their 20th wedding anniversary. On this occasion, the couple expressed their feelings to each other on social media. On the occasion of the anniversary, Tahira shared her love for Ayushmann by sharing a video of throwback photos.