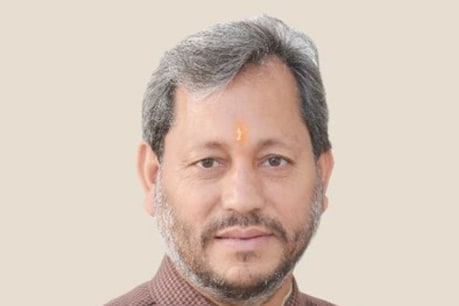 Chief Minister Tirath Singh Rawat, while talking to reporters, said that on March 23, 24, 25, we had to stay in Delhi. Now I am in isolation due to Kovid.

Dehradun. Uttarakhand Chief Minister Tirath Singh Rawat is taking big decisions one after the other. On Friday, he said that medical college is a priority in every district of the state. During this, he also announced the recruitment of nurses on 2600 posts. Also, he has said that medical colleges will be opened in Rudrapur, Haridwar and Pithoragarh. He says that every quarter one hundred and fifty million have been received. 50 crore has been released for Rudrapur. These colleges will start within three years. CM Rawat has also given instructions to recruit doctors. He has said that the selection of 403 doctors is going to be immediate.

The special thing is that Chief Minister Tirath Singh Rawat has started the selection process for the medical college of 121 professors and has started directing to start the recruitment process of 2600 nurses immediately. In addition, oxygen beds and ICUs have been provided in the hospital. Future plan (Future plan) is also related to tourism. Economy and migration are connected to it.

138 new ambulances have also been approved
CM Rawat while talking to reporters said that on March 23, 24, 25, we had to stay in Delhi. Now I am in isolation due to Kovid. In a democracy, the journalist works in the eyes of the public. Now we are working for the development of Uttarakhand. Uttarakhand has a special kind vision of Prime Minister Modi. Also, Rawat said that my priorities are health, education and roads. We are also working towards stopping migration. He said that I am taking feedback from the departments. Kovid-19 management is a big challenge in front of me. Following the Kovid-19 protocol, health services reached far flung villages. The most special thing is that CM Rawat has also approved 138 new ambulances on this occasion.