People are congratulating Sonu Sood for this award.

Sonu Sood was given the Leadership Award 2021 by Forbes. Sonu received this award virtually because of Kovid.

Mumbai. Coronavirus last year forced people to remain imprisoned in homes. Then Sonu Sood came as the Messiah for many migrant laborers. Some people called him a real hero and some started believing him to be God. Between the lockdown of migrant laborers, workers and children studying outside, they worked to take them safely to their homes in the country. He has been awarded many awards for this work of righteousness. Now Sonu Sood has once again received another international level award, which he has tweeted by referring to.

Sonu Sood, who became a real hero from Reel Hero, was given the Leadership Award 2021 from Forbes. Sonu Sood has been described as ‘Kovid-19 Hero’. He has expressed his gratitude by tweeting the picture of the trophy with folded hands for this award. Sonu received this award virtually because of Kovid. 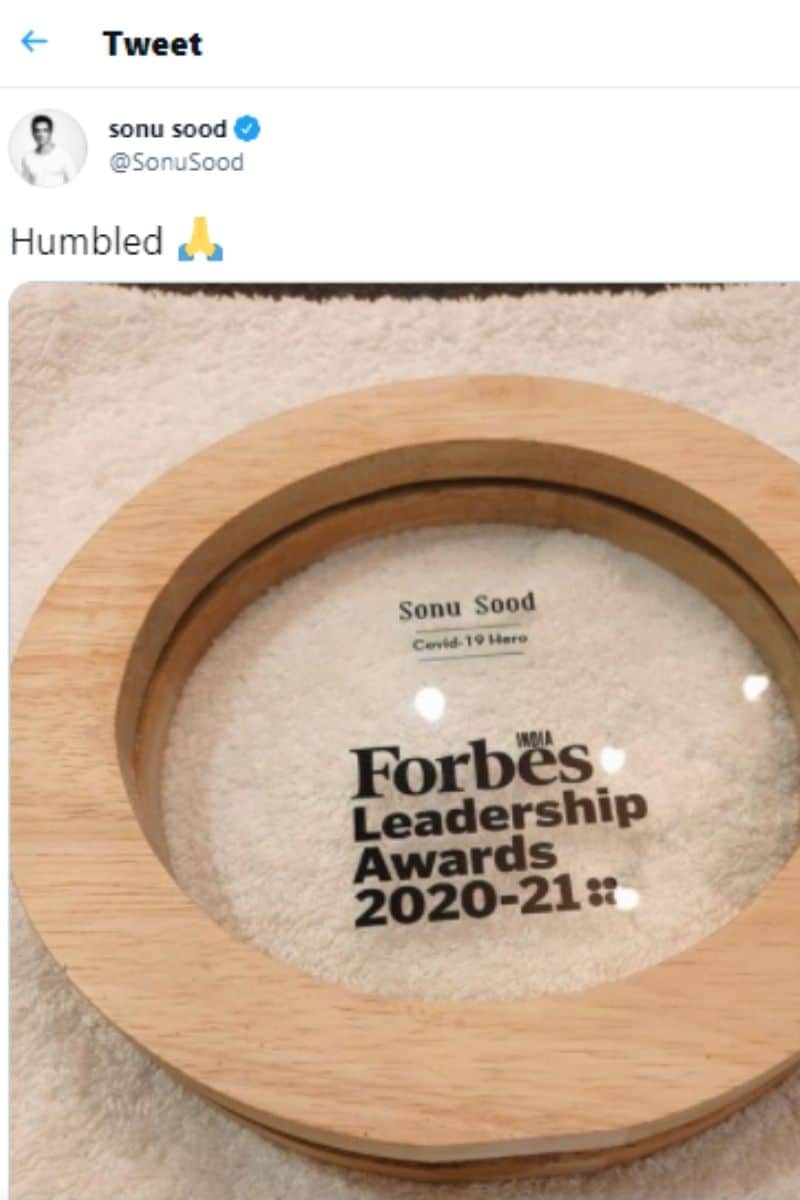 After seeing this tweet of Sonu Sood, his fans are commenting and congratulating him. The process of seeking help from Sonu started after the lockdown has not stopped yet. People often keep on asking for help from Sonu and actors also make every effort to provide help.

Even now, he is extending his hands of help openly for the sickness of the people and the help sought for the education of children.

Let us tell you that in view of this work done by Sonu, the airline SpiceJet has expressed his gratitude in a special manner. The company has honored Sonu Sood in a unique way for his commendable work. Domestic aviation company Spice Jet has put a big picture of him on his company’s Spyjet Boeing 737 while saluting Sonu Sood. A special line in English has also been written for Sonu with this picture, ‘A Salute to the Savior Sonu Sood’ meaning ‘Salute to the Messiah Sonu Sood’.