Godzilla vs Kong, directed by Adam Vingard, was released at the Indian box office on 24 March. According to the news, ‘Godzilla vs Cong’ has taken openings of more than 6 crores in all languages.

Mumbai. On the one hand, while Bollywood films are facing Corona, on the other hand, Hollywood films are showing the opposite effect. Godzilla vs Kong, directed by Adam Vingard, was released at the Indian box office on 24 March. In addition to English, the film was released in Hindi, Tamil and Telugu in the country. According to the news coming from the trade about the film, according to ‘Godzilla vs Cong’, it has taken openings of more than 6 crores in all languages.

The film has taken a better opening than the recently released Bollywood films Roohi and Mumbai Saga. According to film analyst Taran Adarsh, ‘Godzilla Verses Kong’ has made a bang for the first day (Net Box Office Collection) of 6.40 crores. These earnings figures can be staggering, because due to increasing cases of corona virus, it was believed that the audience is staying away from theaters. The film has been launched at 1770 screens at the domestic box office. 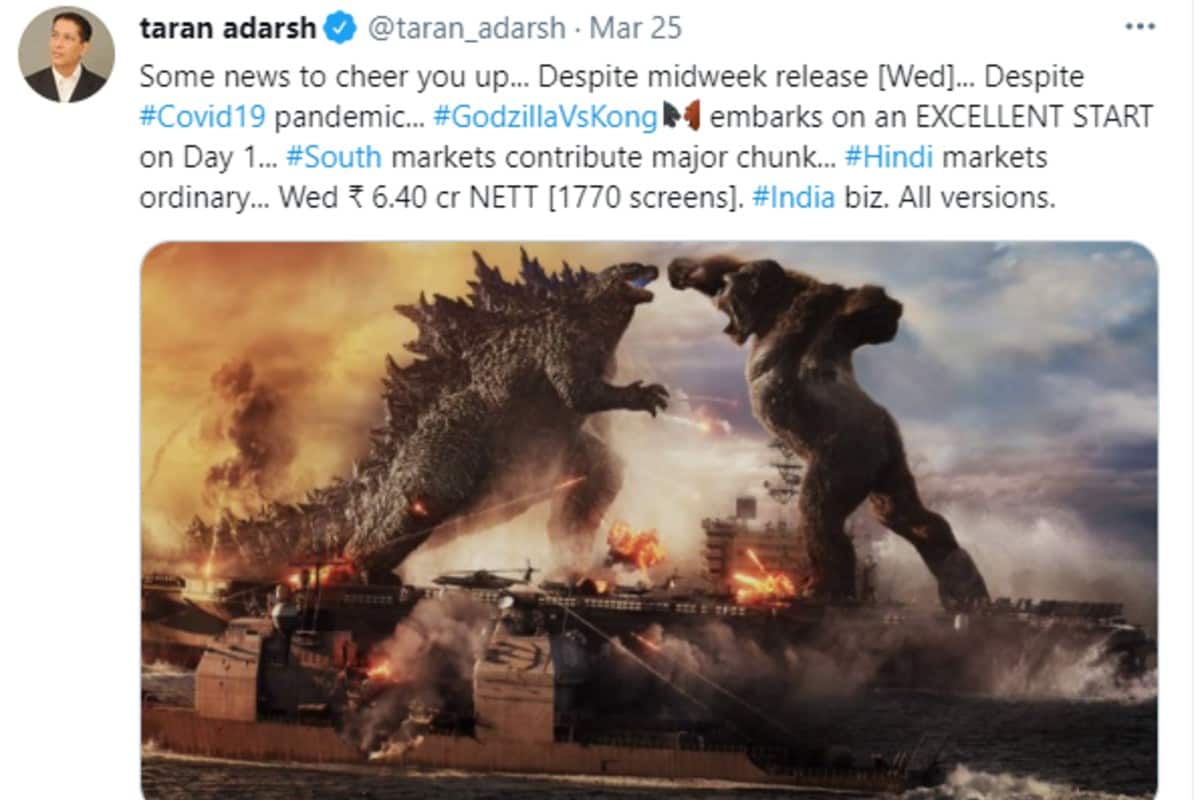 However, according to reports, a large part of the film’s collections have come from South India, where the film is seen a lot. According to Andhra Box Office.com, the film has taken a great opening in Tamil Nadu. It is claimed that the film has started better than many recently released films. 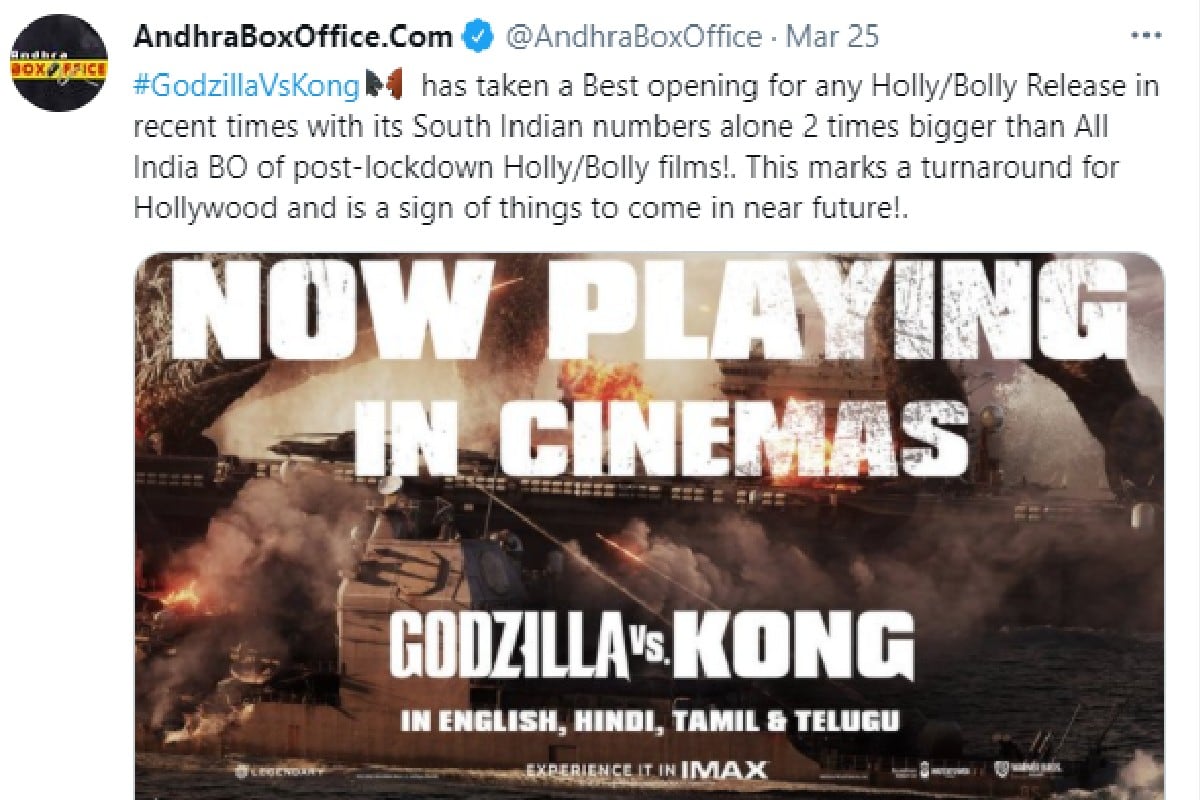 Talking about Godzilla franchise, it is the 36th film, while it is the 12th film in the Kong franchise. Godzilla Vs Kong stars Alexander Skarsgard, Millie Bobby Brown and Rebecca Hall in the lead roles. The film was initially scheduled to come out in November 2020, but due to panademic the release was pushed forward.