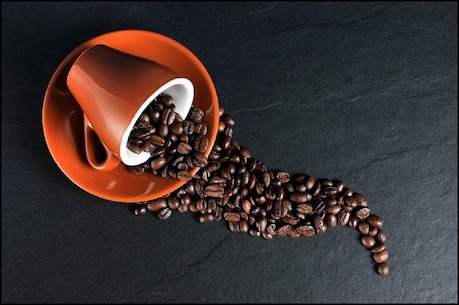 If you are fond of drinking coffee, that is also Nescafe coffee, then it is very important news for you. Next time if you go to drink coffee, you may not get coffee. Because there has been a crisis on the supply of coffee around the world.

New Delhi. If you are fond of drinking coffee, that is also Nescafe coffee, then it is very important news for you. Next time if you go to drink coffee, you may not get coffee. Because there has been a crisis on the supply of coffee around the world. Due to the lack of supply, you may reach him quite late. Indeed, the logjam for ships building around the Suez Canal has doubled, with the tight width of the major international waterways making it difficult to salvage the huge container ship that has been encircled and blocked. It can also take several weeks to allow the Ever Give to float again and allow passage for ocean-going carriers.

$ 10 billion worth of goods affected

Due to this, about 10 billion dollars of goods have been affected. It also includes typo coffee containers used in a large number of Nescafe coffees. Europe is most affected in the form of imports via Suez, but its impact will be felt globally as shipping delays increase the scarcity of food containers that increase food markets. Let me tell you that due to the blocking of the waterways, the e-commerce related to the epidemic was already grappling with the problem of the global supply chain is now getting more shock.

Also read- Ratan Tata became emotional after the Supreme Court’s decision, wrote dil ki baat and said – not the issue of losing or winning but …Outcry for supplies to customers in Europe

There is an outcry among businessmen to supply to their customers in Europe. J Luhmann, founder of JL CoffeeConsulting, said that Hamadunia is one of the largest coffee roasters in the world. We are lucky that we have some goods for supply or else almost all the damage has been done. Around 12% of global trade goes through Suez. Let us know that due to the lack of shipping containers, the continent’s coffee rosters, which were already struggling to get coffee from the world’s largest refractor manufacturer Vietnam. Now that there was improvement in it, now the obstruction has become a headache for the traders. Rafael Hemmerlin, head of logistics at Swiss coffee trader Sukafina SA, said that I do not think they have buffer stock. There will be a shortage of coffee at the global level. Hans Hendricksen, a coffee businessman, said that when traffic cleared up, he would return to ports such as Antwerp and Rotterdam.