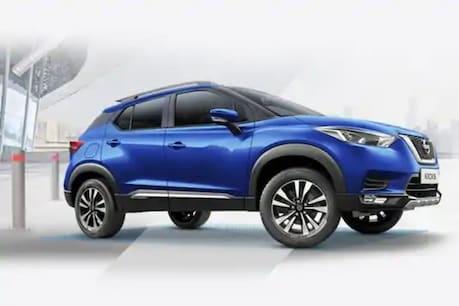 Nissan is getting a bumper discount on this SUV.

The base variant of Nissan Kicks costs 9 lakh 49 thousand rupees, while its top variant costs 14 lakh 64 thousand rupees. In this segment, this car competes with cars like Hyundai Creta, Kia Celtos.

New Delhi. Japanese automaker Nissan has brought great offers on its most popular SUV, the Nissan Kicks. In which many offers including cash discounts, exchange bonuses, loyalty benefits are being received by the company. At the same time, according to the information given on Nissan’s website, PSB and PSU employees will also get LTC offer on the Kicks SUV. Let’s know about the entire offer on Nissan Kicks SUV …

ALSO READ: This man who runs a haircut shop has 378 luxury cars, see his full story in the video

Nissan will not get any discount on this car – The company has made it clear that there will be no discount on Nissan Magnite. Let us tell you that the company has launched Nissan Kicks in 8 variants and 4 trims. In which you will get this offer on XL, XV, XV Premium and XV Premium O.ALSO READ: Video: This man from Patiala showed such feat on Royal Enfield that you will press the finger under the teeth

Nissan Kicks SUV Engine – In this SUV, you will get a 1.3 liter turbo-petrol engine. Which generates a power of 154 hp and peak torque of 254 Nm, as well as a 1.5 liter naturally aspirated petrol engine generates 105 hp power and 142 Nm torque. At the same time, in this SUV you will get the option of 5 speed manual, 6 speed manual and CVT automatic transmission.

Nissan Kicks SUV Price – The base variant of this SUV of Nissan is priced at 9 lakh 49 thousand rupees, while the price of its top variant is 14 lakh 64 thousand rupees. Let us tell you that in this segment, this car is competing with cars like Hyundai Creta, Kia Celtos. At the same time, after March 31, the company can increase the price of all its cars.