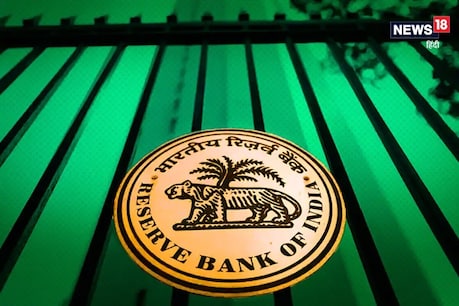 Many senior employees of the bank have been found involved in loan fraud and scam.

Given the financial situation, the resolution process of PMC Bank is expected to take more time. For this reason, the RBI extended the date of the ban.

New Delhi. The Reserve Bank (RBI) has extended the ban on Punjab and Maharashtra Cooperative Bank (PMC Bank) till 30 June. Due to this, it may take more time for the depositors of the PMC bank to get their money back in the bank.
The Reserve Bank said that due to the financial situation of the bank, its resolution process is likely to take more time. RBI has received binding offers from many investors for PMC Bank Reconstruction. According to the Reserve Bank, this is a very complex process, which may take more time.
ALSO READ: JOB TALK: Stay in touch with old company, boss and colleagues, may look for jobs lottery

Due to disturbances, there has been a ban for two yearsIn September 1, 2019, the Reserve Bank had stopped withdrawing money from the bank and dissolved the board after several senior employees of the bank were involved in loan fraud and scam. Also, the bank was not given the right information about the loan given to the real estate company HDIL and there are allegations of scam in this too.
Also read: If you buy a house in the name of wife, daughter, sister and mother, you will get these three benefits, know everything

RBI wants to do the best deal

The RBI said on Friday that it has received several applications for the bank’s reconstruction under the Expression of Interest (EoI) sought on November 3. RBI and PMC Bank want to get the best deals from these investors for the bank’s depositors and other stakeholders. According to the proposal of PMC Bank, its restructuring investors will have to invest a minimum capital of 9% of its capital to risk weighted assets ratio. In January 2021, the payment service company BharatPay said that it was keen on acquiring PMC Bank.
Also read: Loans are being taken to buy the most washing machines and dishwashers, know such interesting reasons for taking loans.

Withdrawal limit is one lakh
On 20 June 2020, the RBI had increased the limit of cash withdrawal for depositors from 50 thousand rupees to 1 lakh rupees. However, the regulatory ban on this co-operative bank, which became a victim of the scam, was increased for six months to 22 December 2020. Earlier, on 5 June 2019, the Reserve Bank raised the withdrawal limit to Rs 50,000 per depositor.