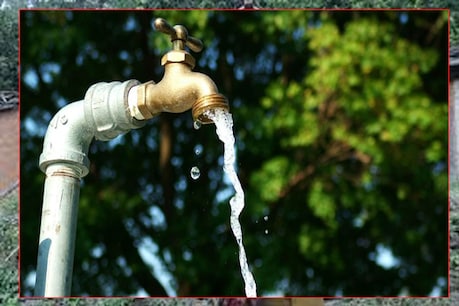 The government should pay its dues or recover it from the displaced themselves. (Cipher photo)

For the last about 15 years, water and sewer bills were outstanding on the displaced families due to the construction of Tehri Dam. Water institute sent a letter to the government for the bill. Aspirants from Rishikesh, Dehradun and Haridwar have been settled from New Tehri.

Dehradun. The Uttarakhand Jal Sansthan can cut off the drinking water and sewer connections of 10,000 Tehri dam displaced in New Tehri, Rishikesh, Haridwar and Dehradun. About ten thousand Tehri Dam displaced people have not paid drinking water and sewer tax for the last one and a half decades. This amount has now reached 21 crores. The Water Institute generates their bills for the last few years, but does not send them.

After the creation of the Tehri Dam, the families affected were displaced from New Tehri to Khandgaon, Pashulok, Rishikesh, Shyampur of Haridwar, Dehrakhas of Dehradun, Banjarawala around 2006. The displaced families number about ten thousand. The Hanumant Rao Committee, which has made several recommendations for the Tehri Dam displaced, does not accept the water bill since 2006, nor did the amount of water and sewer charges reach fifteen crores by the year 2018, considering the report of the committee. In today’s debt, this amount has reached beyond 21 crores. Now the Jal Sansthan wants either the government to pay its dues or they can recover it from the displaced themselves.

Committee for Fee Waiver and Recovery

Investigation of News18 revealed that the Tehri Dam displaced protested against sending the bill by the Jal Sansthan in the year 2017-18. He said that according to the recommendation of Hanumant Rao Committee, the government will give them the facility of drinking water and sewer connection free of cost. In March 2019, the state cabinet decided that the bills of the Tehri dam displaced should be waived till the year 2018 and in lieu of this, the fee up to 2018 would be paid by the state government to the Water Institute for fifteen crore rupees. In 2019, a cabinet sub committee was formed under the chairmanship of then Drinking Water Minister Prakash Pant to decide how to recover the fee in future.

Committee for Fee Waiver and Recovery

Do not know what the decision of the cabinet committee

Do not know what the decision of the cabinet committee

Now there is no option but to cut the connection

Here, Neelima Garg, General Manager of Jal Sansthan, who is facing a load of 21 crores, says that the department has sent letters to the state government several times to give the arrears. However, no response has been received from the government till date. State Chief Secretary Omprakash says that the matter is not in his cognizance. If the Jal Sansthan brings to their notice, the case will be shown. However, the system of free water and sewer is being abused heavily. Many connections have been taken from one connection to another. So many people who bought land from the Tehri dam displaced are taking advantage of this facility by becoming dam displaced. In such a situation, the Jal Institute, which is suffering a loss of 21 crores, is now in the mood for strict action. The department says that they now have no other option but to cut the connection.

Now there is no option but to cut the connection