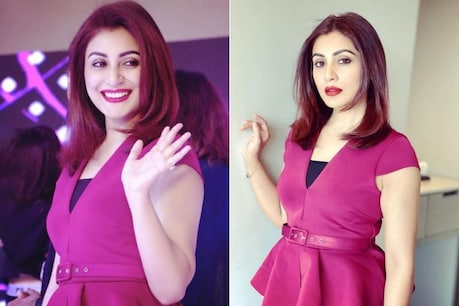 Bollywood actress Rimi Sen will probably be remembered by all of you. He has been missing from the big screen for a long time after having starred in films like ‘Hungama’ and ‘Dhoom’.

Mumbai: Actress Rimi Sen, who has won her stellar acting in hit films like ‘Hungama’, ‘Dhoom’, ‘Golmaal: Fun Unlimited’, has been in films for many years. are far. Rimi Sen, who has been away from the big screen for almost 10 years, where did he live for so many years? Everyone wants to know this. Rimi told in an interview that due to not getting the desired role, she stayed away from films.

Speaking to the media, Rimi Sen told that, ’10 years ago I was doing great work, but I was offered only comedy movies and I wanted to do different kinds of roles for my creative satisfaction. I wanted to work in Shriram Raghavan, Shoojit Sarkar, Neeraj Pandey’s project, but I could not find work on their behalf. Therefore, I decided not to work thoughtfully. I wanted to do something other than a comedy movie. Rimi Sen revealed that ‘hardwork is not the only key to success. Strong PR and lobby are needed to stay in the industry for a long time, which I did not have before.

Rimi Sen was seen in season 9 of the reality show Bigg Boss. Bigg Boss show makers gave Rimi 2 crore rupees in exchange for staying in the house for 50 days. In an interview, Rimi said that the money received from Bigg Boss helped him financially. This was a huge amount.

In response to media queries, Rimi Sen said that for the last several years, ‘I used to work for the event. I produced a film. On some projects, I am working as a producer, if everything will be final, then I will announce about it soon. Now if I do acting, I will do it only for the satisfaction of acting, I will not do it for money ‘.