These pictures of Dia Mirza are going viral.

After a month of marriage, Dia Mirza and Vaibhav Rekhi arrive in Maldives, where they are enjoying their honeymoon. Dia Mirza is constantly sharing her photos from her honeymoon. A new avatar of Dia Mirza is being seen in these pictures.

Mumbai Bollywood actress Dia Mirza is making a lot of headlines these days. Recently, the actress married with businessman Vaibhav Rekhi and has now become his wife. Dia Mirza surprised everyone with the news of sudden marriage. Dia Mirza with Vaibhav Rekhi, both were tied in marriage last month. Soon after the wedding, both of them could not go for a honeymoon because of the busy schedule.

But, now after a month of marriage, both of them have reached Maldives, where they are enjoying their honeymoon. Dia Mirza is constantly sharing her photos from her honeymoon. A new avatar of Dia Mirza is being seen in these pictures. But, amidst all this there is a photo of Dia Mirza, which is fast becoming viral. This photo of Diya is very much discussed. 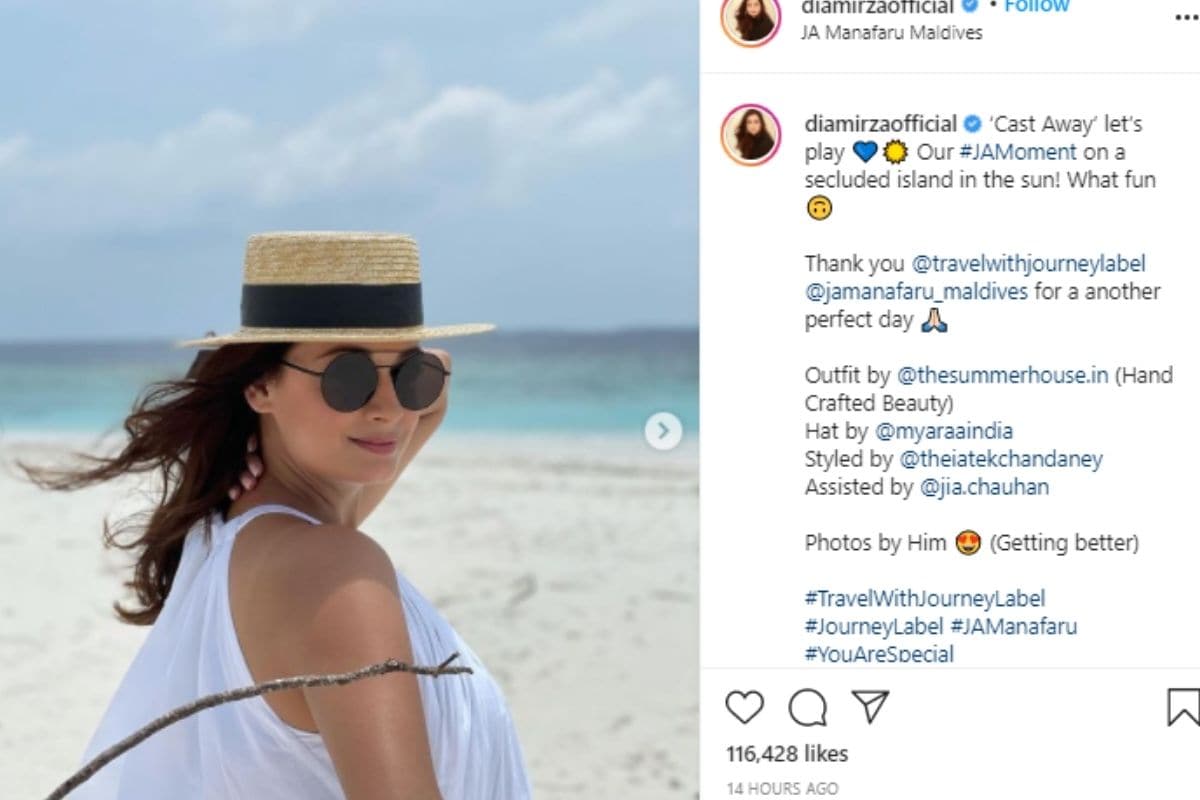 Actually, a girl is seen with Dia Mirza in this photo. This girl is none other than Dia Mirza’s husband Vaibhav Rekhi’s daughter. Yes, Diya and Vaibhav are also present on their honeymoon with their daughter Adhara. With whom Dia Mirza also shared a photo. This photo of him is fast becoming viral. Fans of Diya are reacting to her photo by commenting. The actress has shared some beautiful beach photos on Instagram, in which Vaibhav Rekhi’s daughter Adabra is seen with her. Dia looks gorgeous in white outfits and hats. At the same time, Adhara is wearing a black printed dress. Diya has also given credit to husband Vaibhav Rekhi for this photo.