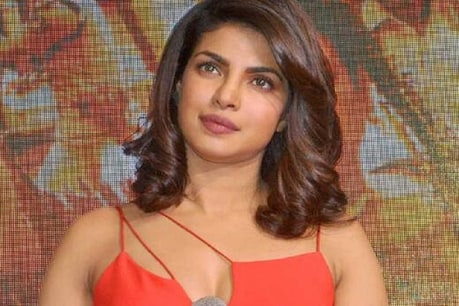 Priyanka Chopra has been cast for the undiscovered role in the film named ‘Matrix’.

A fan asked Priyanka Chopra (Priyanka Chopra) in a #AskPCJ session on Twitter, ‘Who is your next Bollywood film?’ Instead of making any disclosure about the project, Priyanka told her a timeline in response.

Mumbai. Bollywood actress Priyanka Chopra (Priyanka Chopra) hosted the #AskPCJ session on Twitter, where she openly answered her fans’ questions. The actress is currently focusing on her international projects. A fan was asked when will she appear in a Bollywood film again? He was asked, ‘Who is your next Bollywood film?’ Instead of revealing anything about the project, PC gave him a timeline in response, ‘Next Year !!!’

The actress was recently seen in Ramin Baharani’s film The White Tiger, which has been nominated in the Best Adapted Screenplay category at the 93rd Oscar Awards. Priyanka played the role of Pinky Madam, America’s first Indian immigrant woman in this movie. In this, Priyanka’s opposite actor Rajkumar Rao was acting, he played Ashoka’s character in the film.

Priyanka is currently busy shooting many projects abroad. She will next play the lead in the romantic drama text opposite Sam Hugon and Celine Dion. Also, he has been cast for undisclosed role in a film called ‘Matrix’.

She is going to work with Richard Madden in Amazon Prime Video’s web series Citadel, and will portray the spiritual guru Maa Anand Sheela in Barry Levinson’s ‘Sheela’. The film is being produced by Amazon Studios. Priyanka Chopra last appeared in Shonali Bose’s The Sky Is Pink, which also stars Farhan Akhtar and Zaira Wasim in the lead roles. The film received mixed reviews from audiences and critics. Priyanka has completed the shooting of her upcoming Hollywood film ‘Text for You’ on 10 January 2021 in London. Directed by James Strouse, this romantic film is influenced by the German-language superhit film ‘SMS Fur Dich’ in 2016, which was based on Sophie Kramer’s novel by the same name.