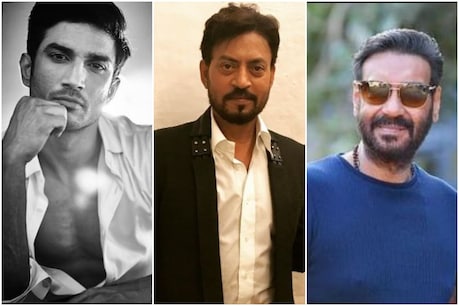 The nominations for the Best Actor category of Filmfare Awards 2021 have been revealed. Ajay Devgn, Irrfan Khan and Sushant Singh Rajput have been nominated for this category. A collision of thorns will be seen between them.

New Delhi The nomination of the 66th Filmfare Awards 2021 has been known. The nomination of Best Actor Nomination has come to the fore. Like every year, this award show will honor the stars who have given tremendous performance on and off screen in 2020. Although the previous year was one of the most difficult years due to the epidemic, the film fraternity left no stone unturned to entertain its fans. Films were released on the big screen or on digital platforms, the magic of films remained on the audience.

Most films were released on OTT in 2020 or extended for release in 2021. Ajay Devgan’s ‘Tanhaji – The Unsung Warrior’ was truly the biggest box office success. Ajay Devgan played the role of a Maratha warrior, whose performance was highly appreciated.

Meanwhile, ‘English Medium’ (Angrezi Medium) proved to be Irrfan Khan’s last film. The film was released before the actor’s death in April 2020. The actor shot the film during treatment. He abstained from promoting the film, due to his health and epidemic. Apart from these, Sushant Singh Rajput, the late actor of ‘Dil Bechara’ has been nominated for Best Actor.

The film is a remake of ‘The Fault in Our Stars’. The film was streamed on Disney + Hotstar after the actor’s death. Then this film broke many records. The actor’s death in 2020 remained in the headlines. There are a large number of fans of the actor, who are hoping for his victory. Of course, this will see a fierce competition between 3 tremendous actors in the Best Actor category. Apart from these, other actors to be nominated are Amitabh Bachchan of ‘Gulabo Sitabo’, Ayushman Khurana of ‘Shubh Mangal More Savdhaan’ and Rajkummar Rao of ‘Ludo’. is. ‘Tanhaji – The Unsung Warrior’ was clearly a big film at the box office in 2020. It was the only film to earn Rs 200 crore last year. Fans of Irrfan Khan and Sushant Singh Rajput also want him to be chosen in view of his influence in films. His last films have been memorable. Once again, the best actor category has become the most difficult of all categories.