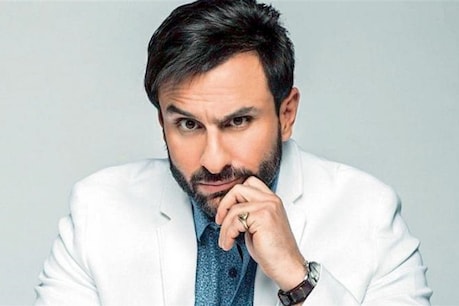 Filmfare has chosen actor Saif Ali Khan for the award for Best Supporting Actor. He has been given this award for the role he played in the film ‘Tanhaji – The Unsung Warrior’.

New Delhi At the 66th Filmfare Awards 2021, the title of Best Actor in a Supporting Role has been given to actor Saif Ali Khan. He has been given this award for the role he played in the film ‘Tanhaji – The Unsung Warrior’. Saif played the role of Udaybhan in this film. His role is very ruthless and clever and this is what makes his character more interesting.

Saif Ali Khan has done a very good job in the role of Udaybhan. He made the character come alive on screen with his acting. He showed the character exactly as the director wanted it to be. The audience had seen that Saif was seen in a very fun style in the character. It is one of the best roles played by Saif in the last few years. The film ‘Tanhaji – The Unsung Warrior’, released in 2020, was truly the biggest box office hit of the box office. The film was released in January last year. Ajay Devgan played a strong role of a Maratha warrior in it. Recently the news of the release date of Saif Ali Khan and Rani Mukerji’s most awaited film ‘Bunty Aur Babli 2’ (Bunty Aur Babli 2) came forward. The film was scheduled to be released on 23 April 2021. Now the makers have decided that the film will not be released on this date. Yash Raj Films can announce the new release date of this film soon.