Sunanda Sharma is also seen with Nawaz in the music video. Nawazuddin Siddiqui is excited about his first music video and is seen dancing on the screen for such a long time for the first time.

Mumbai Nawazuddin Siddiqui’s first music video ‘Baarish Ki Jaaye’ has been released. The actor, who has made the audience crazy with his acting and dialogue in films, is now working for the first time with directors Arvinder Khaira, composers Jani and B. Prak. Sunanda Sharma is also seen with Nawaz in this music video.

Nawazuddin Siddiqui is very excited about his first music video and is seen dancing on the screen for such a long time for the first time. This story is based on a true incident. The lyrics of which have been written by famous musician and song writer Jani. Arvinder Khaira has directed this album. He is known as the concept king in Punjab.

So at the same time, National Film Award winner B. Prak has given his voice. This video has been released on the YouTube page of Desi Melodies, which the fans are also making a lot of videos about this song on social media. The story of rains ki jaye is telling their feelings and love between the two hearts in a new way in front of the society. 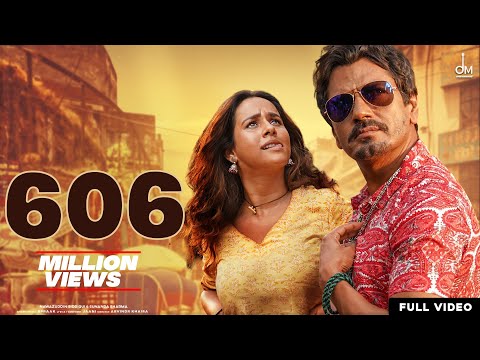 Director Arvinder Khaira has directed many great music albums such as ‘Pachhtaoge’, ‘Phihalal’, ‘Soch’, and Kya Baat Hai. So at the same time, Song Writer and composer Jani has written more than 108 songs so far and has also composed music. Recently his song ‘Titliyaan’ was a blockbuster hit, which went by Hardley Sandhu.