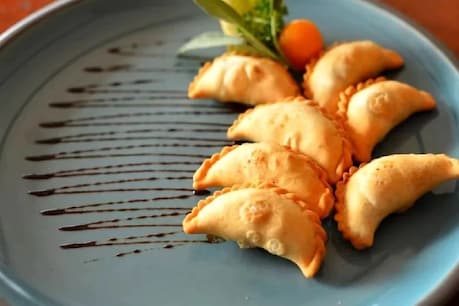 On Holi 2021 Know Interesting Facts About Gujiya- If it is about Holi then how can Gujia or Gujia be forgotten. With a lot of changes, you will see Gujhiya in many parts of the country…

On Holi 2021 Know Interesting Facts About Gujiya-The week of Holi is going on and there is lot of fun in the mind too. It is a matter of course that due to the corona epidemic, the color will also fade this time. Holi can be more colorless than last time because the figures are intimidating. However, eating and drinking can be enjoyed while staying indoors. The most safe Holi will be to eat and drink well at home. If it is about Holi, then how can Gujia or Gujia be forgotten.

Is eaten in different names across the country

With a lot of changes, you will see Gujhiya in many parts of the country. In many places (especially in South India) it is eaten during Deepawali. But, during Holi in UP-Bihar, it has a lot of importance. It is called Gujhiya in UP, Pedakia in Bihar and Karanji in Marathi. It also has different local names in South India. Also, its preparation also varies according to the location.Gujia also has social significance

It is not only useful for feeding and feeding, but is also a symbol of social brotherhood. You can guess from this that when we were small, we used to make Gujiya by dividing the day in the locality. Because, women went to each other’s house and helped to make gujiya. Along with this, a week before Holi and at least 10 days later, there was gujiya for breakfast. Used to be kept in big pots.

According to the location

You can also call Gujhiya two corner wall samosa. In earlier times it is made by hand only, but for many years special mold comes for it. Khoya or semolina or both is mixed in maida. A lot of dry fruit is also added to its filings. In many places, it is served with a net of sugar syrup, but it is eaten dry in UP-Bihar. It is prepared by deep frying.

It also has some partners

If Gujhiya is being made in the house, then two more special companions come with it. One is salt mercury and the other is sugar mercury. It is made from the remaining flour of Gujhiya. Brother, for 15-20 days my breakfast plate was full of these three things in childhood. Even now, we try to do the same. So you pay attention to this Holi Coroni security and enjoy the festival by making something good at home… will also put a little abir… Happy Holi!