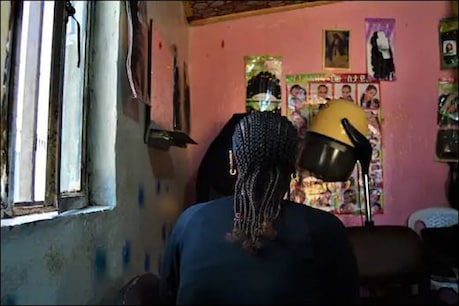 The United Nations said that more than 500 rape cases have been reported in the Tigray region of Ethiopia. Also, warned that the number of actual cases may be much more.

United Nations. The United Nations said on Thursday that more than 500 rape cases have been reported in the Tigray region of Ethiopia. More than 500 cases of rape from 5 medical centers have been reported. The United Nations has warned that the number of actual cases may be even higher. Women were tortured a lot, gang raped and family members were forced to rape women of their own families. “Women say they have been raped by soldiers, gang-raped, raped in front of family members and threatened with violence,” UN Deputy Assistant Wafa Nenu told a UN member states briefing in York. Forced to rape members of his own family. “

He said that at least 516 rape cases were registered by five medical facilities of Mekele, Adigrat, Vukro, Shire and Exam. He said that given that many medical centers are not working, it is estimated that the number of actual rapes is quite high. UAE Ambassador to Ethiopia, Tae Atsselsi Mde, said the allegations of sexual violence have been taken “very seriously” on the government and a fact-finding mission has been launched.

Several witnesses told the news agency Reuters that soldiers in neighboring Eritrea had gang-raped, tortured and tortured civilians during the conflict. Apart from this, houses and crops were also looted.

Also read: US intelligence agencies said – If US troops withdraw, entire Afghanistan will be occupied by TalibanThe violence in Gray has killed thousands of people and forced thousands of people living in the mountainous region to leave their homes. Please tell that in November, a war is going on between the government forces in Tigray and the Tigray People’s Liberation Front, the first ruling party in the region.