Urvashi Rautela and Guru Randhawa’s friendship has been going on for a long time. That’s why the fans feel that some love is going on between the two.

Mumbai. Bollywood actress Urvashi Rautela remains very active on social media. Recently, he shared a picture with Singing Sensation Guru Randhawa, after which all kinds of discussions started on social media. People started speculating that perhaps there is something going on between the two. If you too are thinking like this, then the news is for you.

Actually, the friendship of Urvashi Rautela and Guru Randhawa has been going on for a long time. The actress shared a picture on social media and wrote – ‘will die, will die’. With this, he has also shared a heart emoji. 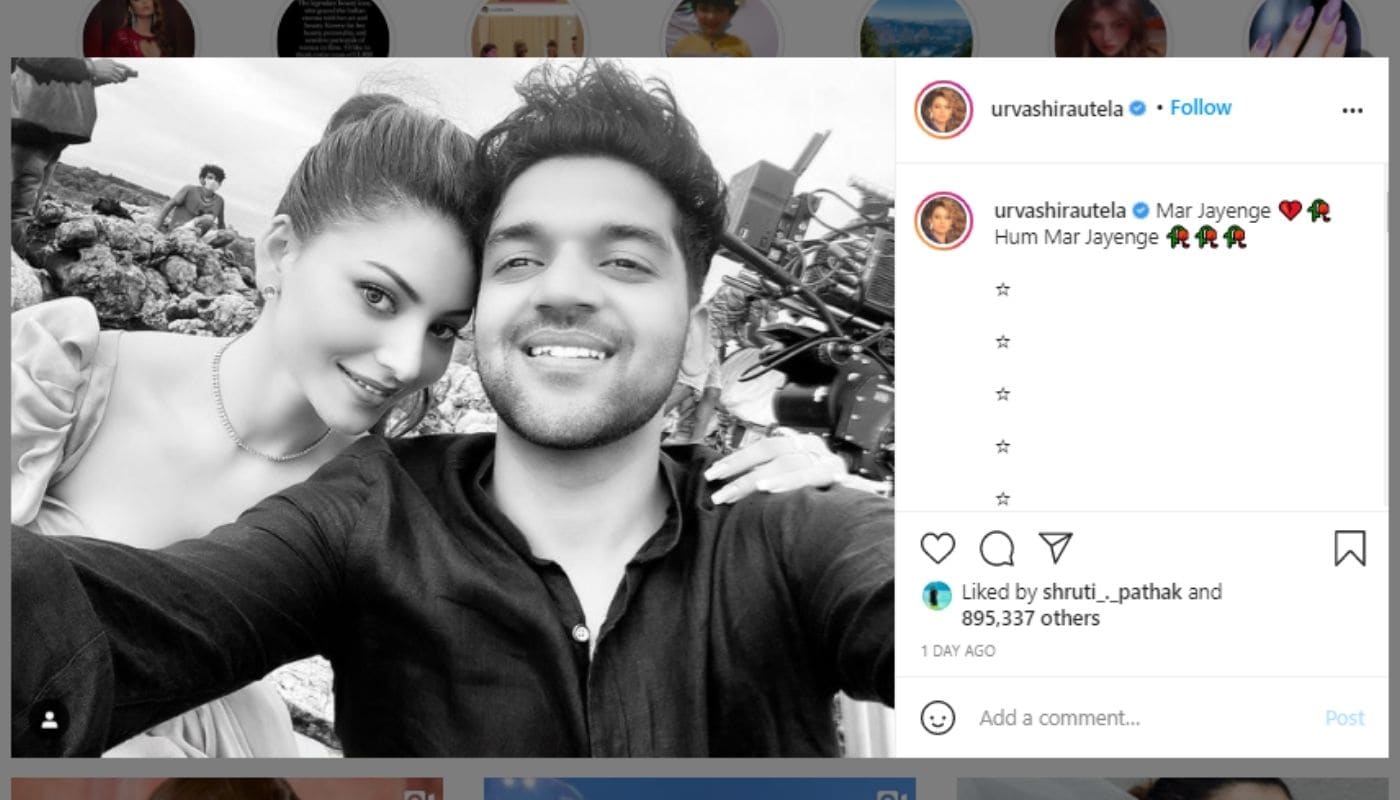 Actually, the two are soon to be seen together in a romantic music video ‘Mar Jayenge’. This is going to be the third music video of Urvashi Rautela this year. She has previously appeared in ‘Ek Girl Bheegi Bhagi Si’ and ‘Teri Lode Way’. Guru Randhawa wanted to do a music album with Urvashi for a long time, but did not take both time off due to shooting his project. Were getting This music video made under the banner of T series has been shot in Goa. The song is choreographer Remo D’Souza.

Talking about Urvashi Rautela’s work front, she will soon be seen with Randeep Hooda in Geo Studios’ web series’ Inspector Avinash ‘. Along with this, Mohammad will also be seen in ‘Versus’ along with Ramadan. Along with this, she is going to debut in South in the role of Micro Biologist and IITN in the film Multilingual Sci-Fi.