Dia Mirza married businessman and investor Vaibhav Rekhi on February 15. Diya and Vaibhav got married for the second time. Earlier, he was married to Sahil Sangha.

new Delhi. Actress Dia Mirza is having a honeymoon in the Maldives these days. Diya has shared her holiday photos on her Instagram account. In these photos, her step-daughter Adabra is also seen with them. Fans are not tired of admiring these pictures of Diya. Dia Mirza Married a businessman and investor Vaibhav Rekhi on 15 February. Diya and Vaibhav have married for the second time. Earlier, he was married to Sahil Sangha.

Dia Mirza is constantly posting pictures of her honeymoon from the Maldives on social media. Diya has posted a photo of her swimming with daughter Adara. These photos have been taken by Diya’s husband Vaibhav Rekhi. In the pictures, Dia is seen in a perfect holiday mood. 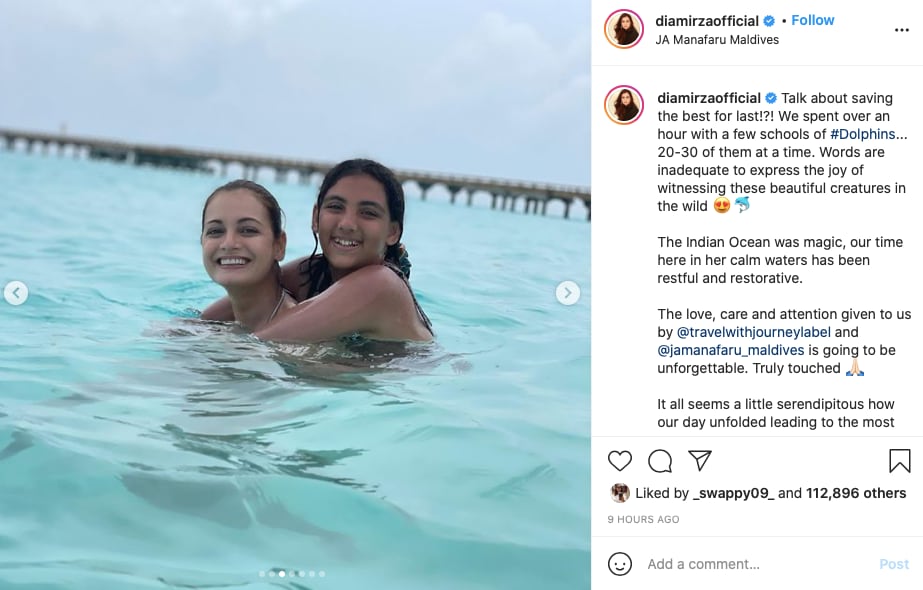 Diya has posted a photo of her swimming with daughter Adara. (Instagram @DiaMirza)

A few days ago, Diya shared some pictures, which the fans gave a lot of love. In these pictures, she was seen posing on the sea shore wearing a shrug of sheer fabric with a green bikini top. While sharing the photos, Diya wrote that we are here, absolutely heaven, enjoying the best hospitality, yet every moment here was completely fun, she has taken the photo. Please tell that Diya was previously married to Sahil Sangha. The two had announced their separation on social media in 2019 after 11 years together. Both of them had declared their separation and said that their relationship is quite good even after separation. Both of them had announced this by signing in a joint statement. Both had said in their statement, ‘After 11 years of sharing life together and living together, we have decided to be mutually separated. We are friends and will continue to be so. Separating from each other with love and respect. We are forever grateful for the bond we share with each other. ‘