In Bollywood films, the entire one scene or song Holi is dedicated. (YouTube)

Holi is one such festival which is celebrated with full joy and gaiety in every corner of the country. This festival of colors is deaf with fun and love. In such a situation, Holi celebrations have a different fun in some films of the Hindi film industry.

Mumbai Every festival in India has its own distinct color and style. Some festivals are such that a whole scene or song in Bollywood films is dedicated to celebrating. Holi is one such festival which is celebrated with full joy and gaiety in every corner of the country. This festival of colors is deaf with fun and love. In this way, in some films of the Hindi film industry Holy Celebration (Holi Celebration) has a different fun. You must have heard a lot from the song of Holi, but this Holi, we are telling you the names of some such films in which the festival of Holi turned the whole story of the movie.

Rasleela of bullets ‘Ramlila’
Angle of love and hate was shown in Sanjay Leela Bhansali’s film Goliyon Ki Rasleela ‘Ramlila’. The festival of Holi is also shown in this film, after which the entire story of the film itself turns around. The audience liked this scene and plot of this film very much, along with this the Holi Song of this film was also in great discussion. Holi song of this film of Shah Rukh Khan and Aishwarya is very much liked on college life romance. At the same time, the Holi scene of this film and the plot was a game changer of the film. On the occasion of Holi, Shah Rukh Khan takes the girls and boys of the college outside the campus for the first time for Holi celebrations. All is well until the principal of the school, Narayan Shankar, comes and spoils the fun on this occasion.

Court drama film ‘Damini’
The story changes completely after the Holi scene in this film, which comes in Cult classic films. This is such a court drama film that as many times as it seems, the eyes do not move away from the TV screen. On the festival of Holi, Damini sees how her brother in law raped a med with her friends. She raises her voice against this injustice which proves to be a plot changer in the film. Sunny Deol’s strong acting gave him a lot of recognition.

‘Continuation’ of incomplete love
Love Triangle was shown in the film ‘Silsila’ included in the list of romantic films. Holi Song of the film is still one of the hit numbers. ‘Rang Barse Song’ shows how after the cannabis drunk, the film’s hero Amitabh forgets everything by seeing his old love line and cannot stop himself from dancing with her. These nearnesses neither like Amitabh’s wife Jaya in the film nor Sanjeev Kumar, the daughter of Rekha. From here, the story of the film takes a tremendous turn. 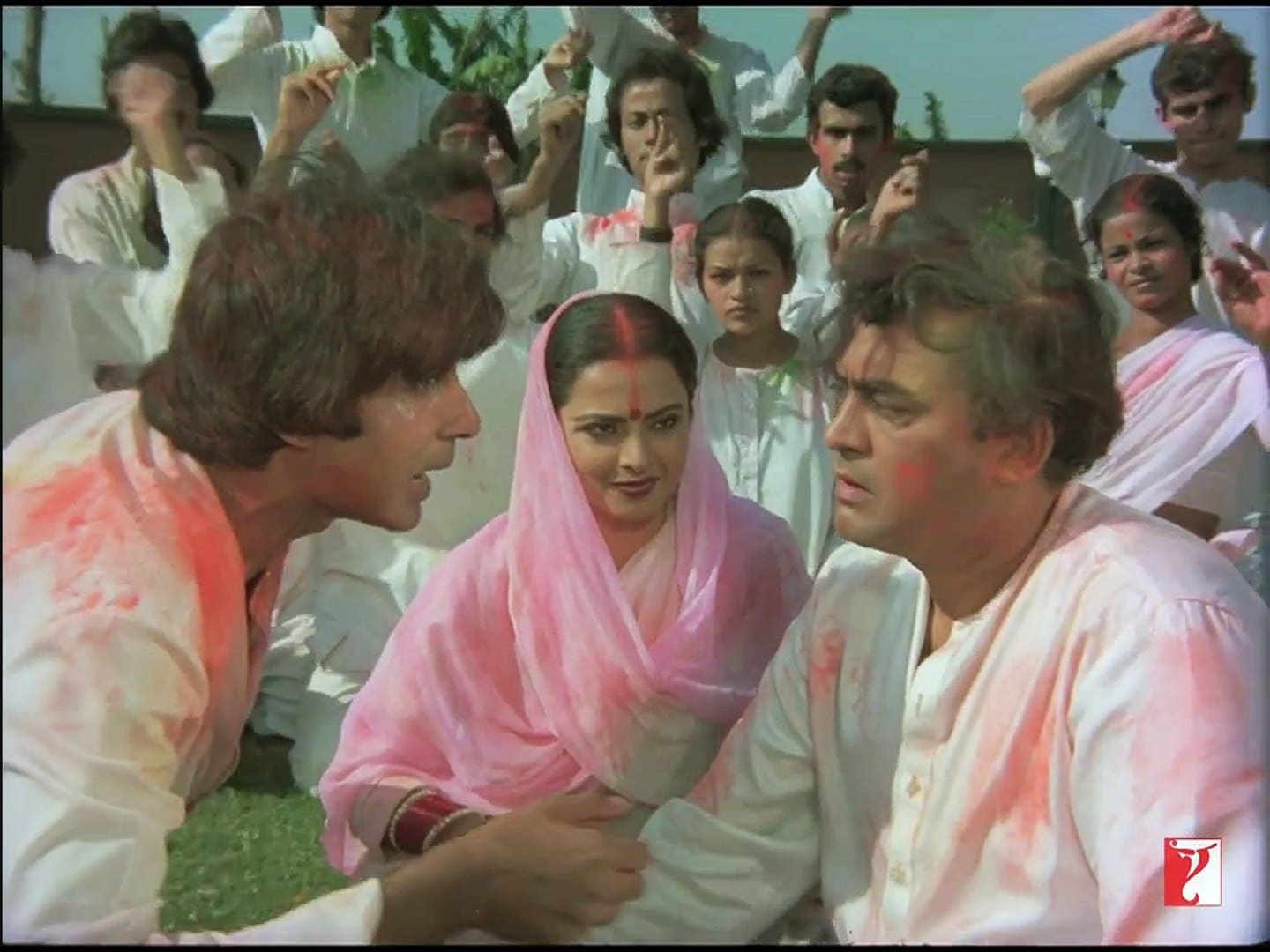 Love Triangle was shown in the film ‘Silsila’. (YouTube)

‘Sholay’ comes out of Gabbar’s bullets
How can anyone forget the Holly film ‘Sholay’ and the Holi shown in it. In this film, one of the songs of Holi was ‘Dil Khil Hai’ on the day of Holi. It is only after this song that for the first time Jai and Veeru encounter the dreaded dacoit Gabbar. With this, the story is shown from here when Thakur’s hands were cut off. The entire plot of the film changes after Holi.