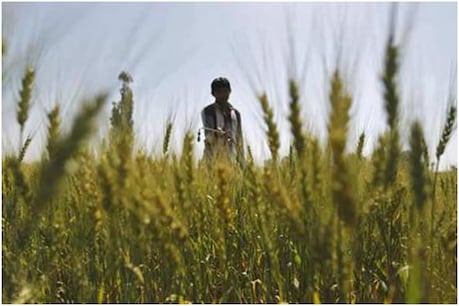 Niti Aayog member Ramesh Chand has said that if the three new farm laws are not implemented soon, the target of doubling the income of farmers by 2022 will not be achieved.

new Delhi: Niti Aayog member Ramesh Chand has said that if the three new farm laws are not implemented soon, the target of doubling the income of farmers by 2022 will not be achieved. He said that the farmer unions should accept the government’s offer to discuss these laws on a stream-by-section basis. Chand, a member of the NITI Aayog, said that a complete ban on genetically modified crops would not be the right approach. Let us know that Prime Minister Narendra Modi (PM Narendra Modi) has set a target of doubling the income of farmers by 2022.

Farmers unions on the border of Delhi have been opposing these new agricultural laws for the last four months. There have been 11 rounds of talks between the government and the unions about these laws. The last round of talks was held on 22 January. On January 26, after the violence in the farmers’ tractor rally, the conversation was broken. Farmers say that these laws will end the procurement of crops at minimum support price (MSP) by the states.

Also read: If you are going to get FDs, then check the latest rates quickly, this bank has changed the interest rates.

Chand said, it can only get out of the way by giving something and taking something. If you stick to your demand, then it will be difficult to find any desired path forward. NITI Aayog member – Agriculture said that the government has given a strong alternative to the farmers’ leaders. It is an option to stop these laws for a year and a half. Chand said that the government is ready to consider these laws section-by-section with the farmers. Farmer leaders should consider this offer. He said, there is plenty of time for a cool head and a balanced way of thinking. The initial process can be emotional or under some pressure. But I think now everyone will consider it with a cool head.

Chand said, farmer leaders should give their feedback. They should demand a change where they feel that it is against their interest. He said that the farmers who are agitating should keep their point with open heart. Otherwise their silence will go against them.

Chand said, this image is being formed in the society that this movement has become political. In such a situation, farmers should study in detail. They should tell that such a provision is against us.

Asked whether the government is still confident of doubling the income of farmers by 2022, Chand said that these three agricultural laws are very important from the point of view of achieving these goals. He said that I would say that if these three agricultural laws are not implemented immediately, then this target will not be achieved. The Supreme Court has also stopped the enforcement of these laws for the time being. Other reforms already underway have also stalled.

The Supreme Court had on January 11 stayed the implementation of these laws till further orders. The court has also formed a four-member committee to remove the deadlock in this case. On genetically modified crops, Chand said that the government should consider it case-by-case. Our idea should not be to support genetically modified crops everywhere or to oppose them everywhere.