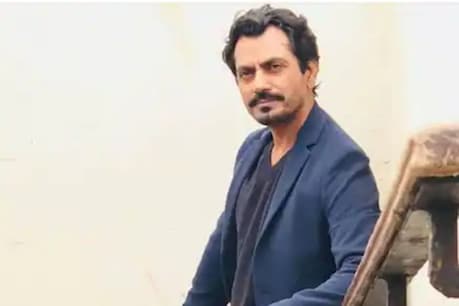 A video of Nawazuddin Siddiqui is going viral, in which he is talking about staying in position while pushing himself to star Neha Sharma.

Mumbai. Bollywood star Nawazuddin Siddiqui has inspired thousands of people with his acting. Nawazuddin Siddiqui’s first music video ‘Baris Ki Jaay (Baarish Ki Jaaye)’, which has made the audience crazy with its acting and dialogues in films, has been released recently. A video of him is becoming quite viral with this music video, in which the actor is talking about staying in position while pushing himself to star Neha Sharma.

Nawazuddin Siddiqui (Neha Sharma) duo will soon be seen in the film ‘Jogira Sara Ra Ra’. Neha Sharma has shared a video on her Instagram account about this film. In which Neha is trying to get closer with Nawaz. In the video, Neha goes to Nawazuddin and says, ‘I feel very cute … let’s know each other’. In response, Nawazuddin says, ‘aaawww … stay in position’.

Fans are very fond of this video of Neha Sharma. This video has been made in a very funny style. In the film ‘Jogira Sara Ra Ra’, actress Neha Sharma is sharing screen space with Nawazuddin Siddiqui. This funny video of both of these is also from the film’s set. The film ‘Jogira Sara Ra Ra’ is still going on. The film is being shot in the city of Barabanki near Lucknow. In this film, apart from these two, Sanjay Mishra and Mimoh Chakraborty will also be seen in important roles in the film. The film is being directed by Kushan Nandi. This film will be a romantic comedy film.

The actor’s new music video ‘Baris Ki Jaaye’ has worked with directors Arvinder Khaira, composers Jani and B Prak for the first time. Sunanda Sharma is also seen with Nawaz in this music video.