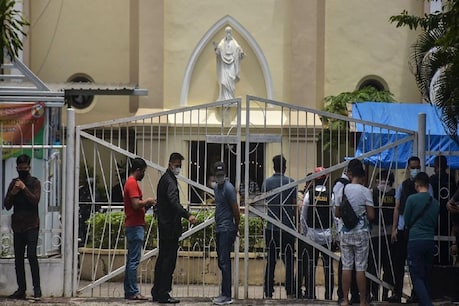 Police arrived at the scene outside the church in Indonesia. (AFP / 28 March 2021)

Indonesia Suicide Bombing at Church: The Chief of South Sulawesi Police said that the blast occurred at 10.35 am.

Jakarta At least one suicide bomber exploded outside a Roman Catholic church during Sunday prayers in Indonesia, injuring several people. Police said that no casualties were reported from the people who attended the prayer in Makassar town in South Sulawesi province.

The head of South Sulawesi police said that the blast occurred at 10.35 am. He told that a person has been killed in the attack and it is believed that he attacked. Actually