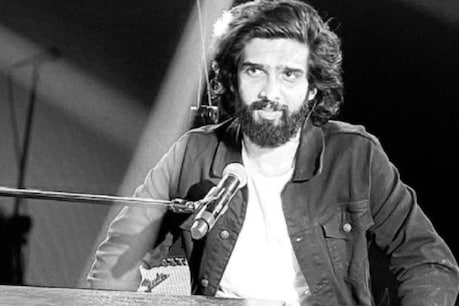 Amaal Mallik told in an interview that he was excited about the soundtrack of the film ‘Saina’ from the very beginning. Amaal Malik told that he had left many projects for the film ‘Saina’.

Mumbai. Famous badminton player Saina Nehwal The film based on the life of ‘Saina’ is in a lot of headlines these days. The film’s song ‘Parinda’ is very much liked by the audience. But do you know this song was recorded in lockdown. Which is sung by composer and singer Amaal Mallik. During an interview, Amal Malik revealed that he had left many projects for the film ‘Saina’.

In an exclusive chat with Indianexpress.com Amaal Mallik Made several disclosures about making and making music for the film. Amal Malik said, ‘I was working on the music of the film’ Saina ‘for more than four years. It has been such a beautiful and blessed journey for me.

‘Saina’ To which she had left many projects for the film, Amal said, ‘I really don’t regret leaving the 17-18 films that come my way, because they were not really something amazing or different. In the first few years of my career, I got to do many different songs, which had a lot of range. Then I was getting a lot of offers for the remix, for which I was not keen.

Amaal Mallik told in an interview that he was excited about the soundtrack of the film ‘Saina’ from the very beginning. Especially with the song ‘Parinda’. Recording it was also very interesting. Because this song was recorded by performing a live orchestra during lockdown. For this, he performed a live orchestra to sing along with music producer Meghdeep Bose and orchestrator Andrew T. McKay. So that the song can be given an approach like lodger than life.