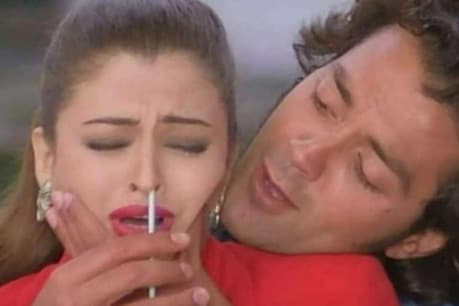 Recently on social media, a netizens posted a video of Bobby Deol in which the actor was taking all necessary precautions even before the corona virus epidemic came into this world.

Mumbai: Bollywood actors and social media have a relationship with Mim. Whenever a film or web series is released, Mim gets rained on the Internet. Whenever an artist shows his displeasure by reacting to the meme that is being made on social media, then someone takes it as funky. Bollywood actor on the internet Bobby Deol Mim videos are going viral. According to the netizen, Bobby Deol is doing a corona test of Aishwarya Rai in the video.

Recently a netizens on social media Bobby Deol Posted a video of in which the actor was taking all necessary precautions even before the corona virus epidemic came into this world. A series of videos of the actor’s films show that he had been fighting against the corono virus since the 90s.

In this video, Bobby Deol has maintained social distance, is also quarantining himself, and is also doing RT-PCR testing of Aishwarya Rai Bachchan. Not only this, netizens feel that during a song sequence of the movie ‘Aur Pyaar Ho Gaya’, Bobby did a nose swab test on Aishwarya where he is seen putting something in the actress’ nose. Watch the video below

Talking about the workprint, Bobby Deol has completed 25 years in Bollywood last year. In the year 2018, his career took a tremendous turn with ‘Race 3’. Before that they were not getting good films, but after this film they started getting good offers. In the year 2020, he made his debut on the OTT platform.

He first appeared in the Netflix series ‘Class of 83’ and then in Prakash Jha’s web series ‘Ashram’. He has also received the Dadasaheb Phalke International Film Festival Award for his role of Baba Nirala in this series.