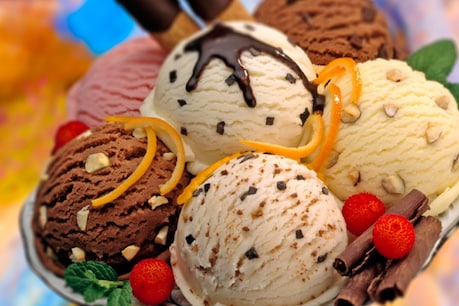 Along with Amul, Mother Dairy has also prepared its summer product range. The company has decided to increase the range of take home products this year, along with it is also preparing to launch new flavours.

new Delhi. The sudden rising heat has led to a huge increase in the sales of ice cream companies. Along with this, many big dairy product companies of the country are bringing new products to keep you cool. Let’s see what’s new in the summer season. March is not over yet and the temperature is touching 40 degrees in many parts of the country.

In this way, Amul, the country’s largest milk producer, is bringing a new range of ice cream, cold drinks and milk based drinks for you this summer season. Alam is that right now, Amul is seeing 30 to 36 percent increase in sales.

Also read: Your coffee can be expensive due to the ship stuck in the Suez Canal, these things can also be affected.

Sales grew by 30 percent – According to GCMMF MD RS Sodhi, if we make a direct comparison with March 2019, according to today, there has been a 30 percent increase in sales. In view of this, we have landed in a different variety of Kulfi market. Because people like their traditional food, Lassi has many new flavors as well.Also Read: Job Opportunities! KFC to expand its restaurant network despite Corona

Ice cream will be launched in new flavors Along with Amul, Mother Dairy has also prepared its summer product range. The company has decided to increase the range of take home products this year, along with it is also preparing to launch new flavours. Not only Amul or Mother Dairy but all the ice cream companies of the country are coming up with new products with increasing heat. But amidst all this, the fear of Corona still remains, seeing that their focus is also on products that increase immunity.

In the last one year, Corona has also seen a clear effect on the ice industry, but this time February and March are warmer months than last year, so the ice cream industry hopes that once again their products will give people a cool summer. Will work