The father of Bollywood actress Koena Mitra has passed away. Bishwanath Mitra was 73 years old. He died in Kolkata where Koena had been living for a year.

Mumbai. The father of famous model and Bollywood actress Koena Mitra has passed away. Bishwanath Mitra was 73 years old. He died in Kolkata where Koena had been living for a year. Koena Mitra, who made her mark by acting in the Bollywood film Musafir, gave information about this by posting a post on social media on March 5. Koena wrote in her post, “Dad we will meet again, one more life, one more story”.

Let us tell you that the father of Koena Mitra died on February 10. Giving information about this, the actress tweeted on 5 March. According to the news published in Times of India, Koena was stuck between Mumbai and Kolkata for the last 12-13 months. His father was not well and had to be admitted to hospital several times and then discharged. He was struggling with pain and despite millions of doctors’ efforts, he was not improving. 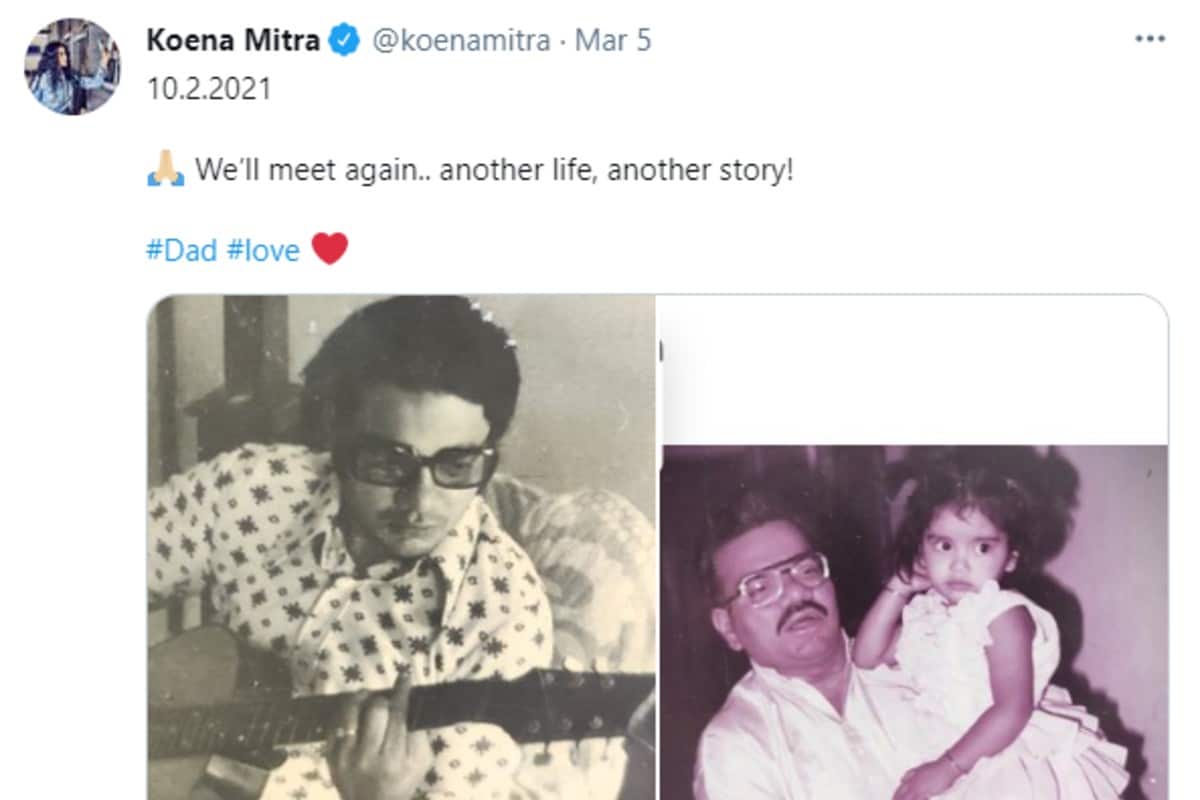 Let me tell you that Koena was very close to her father. Koena told that her father died due to a kidney failure. Koena told that he also had sugar disease. Due to this, he first got glaucoma and then later the kidney was damaged. Koena told that her father had dialysis several times. Koena’s mother lives in Kolkata and she could not travel at this time, so Koena decided to shift to Kolkata. Koena Mitra won the 2001 Gladregs Megha Model India Beauty Contest. She was also named in Miss Intercontinental’s 12 semifinalists in Germany. In the year 2004, she made her Bollywood debut as an actress in the film Musafir. Apart from Hindi, he has also acted in Tamil and Bengali films.