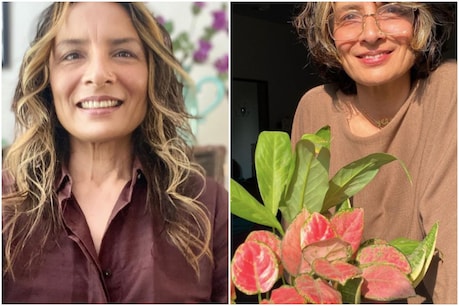 Farhan Akhtar and Adhuna Bhabani decided to separate after 17 years of marriage. Adhuna was not just a celebrity wife but she is her own businesswoman and is very popular among her salon celebs.

new Delhi. Bollywood actor Farhan Akhtar’s ex-wife and celebrity hairstylist Adhuna Bhabani is celebrating her 54th birthday today. Adhuna was born on 30 March 1967 in London. Adhuna was not just a celebrity wife but she is her own business woman and is very popular among her salon celebs. Farhan Akhtar and Adhuna Bhabani Had decided to separate after 17 years of marriage. They both have two children.

Farhan Akhtar and Adhuna Bhabani were married in the year 2000 and both got divorced in the year 2017. The two met on the set of the film ‘Dil Chahta Hai’. This meeting turned into love and Farhan-Adhuna got married. According to the news, the reason for the divorce of both was Farhan’s Extra Marital Affair. After her divorce from Adhuna, Farhan Akhtar is in a relationship with model and actress Shibani Dandekar. At the same time, Adhuna is in a relationship with Nicolo Morea, brother of actor Dino Morea.

Please tell that after divorce from Farhan Akhtar, Adhuna Bhabani has moved forward in her life and Adhuna has introduced her boyfriend Nicolo Moria to her daughters. Adhuna keeps sharing things related to her life on social media. After divorce, Farhan and Adhuna have a friendly relationship.

During an interview, Farhan Akhtar while answering questions related to his separation said that it was difficult to tell the children about the divorce. Farhan Akhtar said, nothing was easy. When you go to tell your children something that they do not like to hear, it is not easy. Be honest with your children. He knows how his parents are feeling. They may not immediately understand a thing. But if you will be honest with them, then they will also deal honestly with you in the future. Both daughters remain with Adhuna after their divorce, but they remain attached to Farhan.