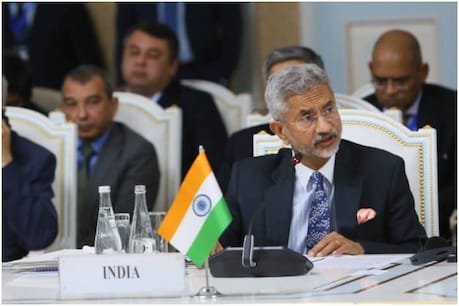 Dushanbe.External Affairs Minister S.K. Jaishankar (External Affairs Minister S Jaishankar) has said that there is a need for a double peace process in Afghanistan. He also said that peace in Afghanistan is in favor of neighboring countries. He said these things at the Heart of Asia Conference. Representatives of about 50 countries and international organizations have gathered in this conference to be held in Dushanbe to form a regional consensus on the peace process in Afghanistan.

External Affairs Minister Jaishankar said, ‘For a lasting peace in Afghanistan, we need a genuine’ dual peace ‘, that is, peace within Afghanistan and peace around Afghanistan. This requires the reconciliation of the interests of all within and around that country. If the peace process is to succeed, it is necessary to ensure that the negotiating parties are committed to reaching a political solution. ‘ 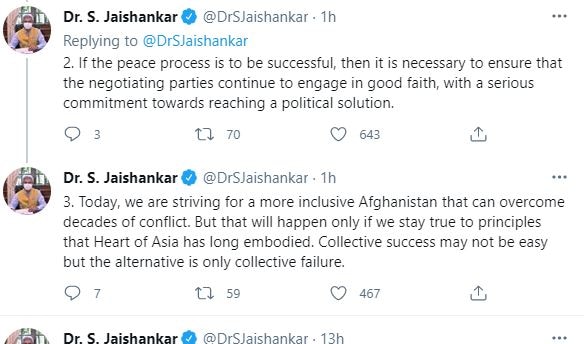 Jaishankar also met Afghan President Ashraf Ghani before the conference began. Let us know that the Afghan government and the Taliban are negotiating directly with each other to end the 19-year-old war. Thousands of people have died in this war and many parts of Afghanistan have been devastated. India has been a major factor in the peace and stability of Afghanistan, which has already provided two billion dollars aid in reconstruction activities in the war-torn country.Also read- Indian crew members of the ship can become ‘sacrificial goat’ for jam in Suez?

A ninth Heart of Asia Istanbul Process Ministerial meeting is taking place under the ‘Istanbul Process’, a regional effort on security and cooperation for a stable and peaceful Afghanistan. It started on November 2, 2011 from Turkey. Pakistan Foreign Minister Shah Mehmood Qureshi is also attending the conference. There was also speculation about the possibility of a meeting between the two leaders due to the participation of the foreign ministers of the two countries.