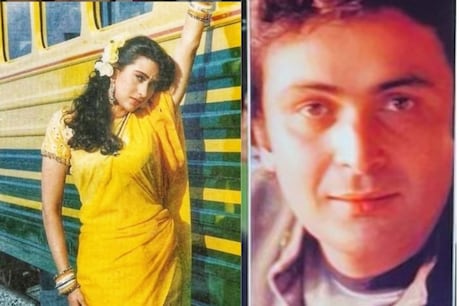 Karisma kapoor entered the film industry in 1991 with the film Prem Qaidi. In the same year, his grandfather released the film Henna.

Mumbai: The family that gave Bollywood all the superhit films is the Kapoor family. Karisma kapoor, the elder daughter of Randhir Kapoor and Babita, was the first girl in her family to enter the acting world. Apart from Prithviraj Kapoor to Raj Kapoor and his three sons, Karisma became the Bollywood actress who broke the family tradition. Earlier, no girl from Kapoor family had worked in films.

Karishma Kapoor stepped on the silver screen with the film ‘Prem prisoner’ in the year 1991. Karishma’s grandfather Raj Kapoor, the showman of the film industry, was shooting for the film ‘Hina’ at the same time. In this film, Rishi Kapoor was playing the role of lead actor. A clip of Karisma’s throwback interview has been shared on Instagram with a Bollywood fan account. This interview is about the time of the release of the film ‘Prem Kaidi’. In this, Karisma is seen talking about her grandfather and the film ‘Hina’. Karishma is stating that she wanted to work in her father’s film, but unfortunately in this film my uncle was a hero. In such a situation, I could not do their opposite work. My grandfather chose Chintu Uncle, now the niece cannot play the role of heroine with her uncle. He often used to say that Lolo Baby, I know that you will become an actor, but my advice is that if you become an actor, do not do better.

When Raj Kapoor died, the shooting of the film ‘Hina’ was going on in those days. After him Karisma’s father Randhir Kapoor commanded and directed the film. In this film, there were actresses like Jeba Bakhtiar, Ashwini Bhave with Rishi Kapoor. Please tell that Karisma Kapoor has given super hit films like ‘Coolie No.1’, ‘Judwaa’, ‘Raja Hindustani’.