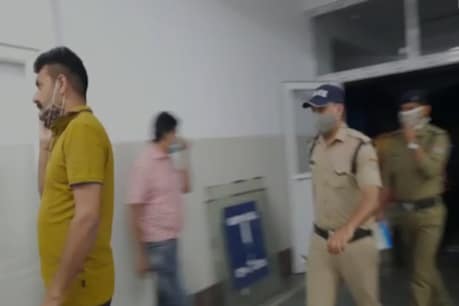 Police has registered a case against the accused.

Crime News: A landlord shot a 5-year-old girl in Udham Singh Nagar, Uttarakhand. Police has registered a case against the accused.

Udham Singh Nagar. In Rudrapur, the district headquarters of Udham Singh Nagar, Uttarakhand, a 5-year-old innocent girl was forced to play Holi. On innocent playing Holi, a young man was fired from the pistol, the girl was seriously injured due to bullet injuries. The injured girl has been admitted to the district hospital for treatment. At present, the police has registered a case against the accused. A 5-year-old innocent girl from a family living in a rented house in Bagwala village of Rudrapur Kotwali area had to face the anger of the landlord. Landlord Deepak Jain, angry with the color of Holi falling on the floor, was firing on the innocent two rounds before the pistol.

After this, he fired fire on the innocent. The bullet came out touching his lips. The child was injured due to the bullet. In a hurry, the family rushed him to the district hospital with the help of 108 ambulance, where his condition remains stable.

Originally from Bihar, Bigan Sahni, along with his family, labors in the house of property dealer Deepak Jain in Baghwala. On Monday, his 5-year-old daughter Kanchan was playing Holi with other children. During this time, the color of Holi fell on the floor. Seeing this, the landlord Deepak Jain’s mercury went up. After this, Deepak Jain fired 3 rounds, due to which a bullet went on tearing the hoof of Kanchan. The police department was also stirred up on the information of firing. On the information, SP City Mamta Bohra, CO City Amit Kumar and Rudrapur Kotwal reached the district hospital to know the condition of the girl child. According to the family, in the afternoon the landlord came to Bagwala with some of his colleagues. During this time children were playing Holi. Seeing the color of Holi lying in the furs, the lamp became furious. It is alleged that he fired three shots one after the other from his gun, in which a bullet was found tearing the lips of an innocent girl.Also read: Corona havoc at Taj Hotel in Tehri, so far 83 positive, recommended to make containment zone

At the same time, SP CT Mamta Bohra told that a girl child Shot It was reported. Information has been collected from family members. The case is being investigated. On the basis of the tahrir of the girl’s family, a case has been registered in Kotwali Rudrapur for the feeding of accused Deepak Jain.